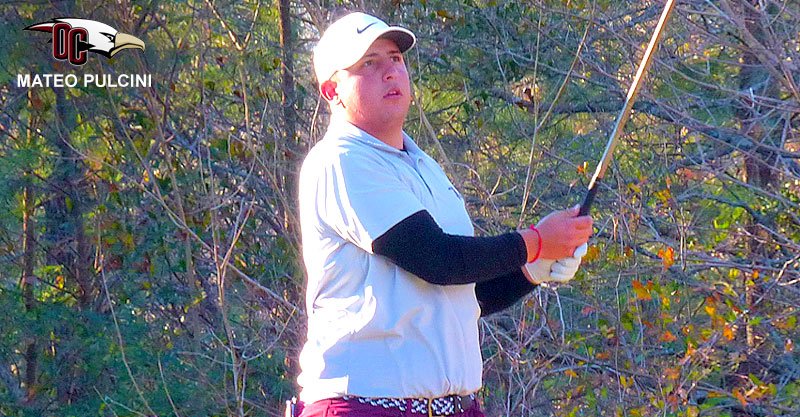 OC, ranked No. 7 in NCAA Division II, competed in the tournament to gain experience with the match/medal-play format used by the NCAA during the final two days of its national golf championships, when the eight teams that have advanced through stroke play meet in match-play competition to determine the team champion. In those matches, stroke totals for each player determines the result of his individual match. A team must win at least three individual matches to earn the team win.

In the Texas-Tyler tournament, traditional stroke-play results still were recorded for use in season scoring averages and to determine an individual champion. The Eagles still were considered as the tournament runner-up despite finishing fourth among the eight teams in total strokes.

OC picked up its only win in its match against the Patriots at the No. 2 position, with Alejandro Armijo firing a 2-under-par 69 on the 6,826-yard course, six shots better than Texas-Tyler’s Alex Kopenhaver. By that point, the Patriots already had clinched the match win with victories at the No. 5, No. 4 and No. 3 positions.

Competing as an individual, OC freshman Santiago Villareal tied for 12th at 220 after a final-round 73.

Mauricio Figueroa of Texas A&M International was the individual champion with an overall score of 210.

The Eagles will compete next Monday and Tuesday in the Argonaut Invitational, hosted by West Florida at Pensacola Country Club in Pensacola, Fla.