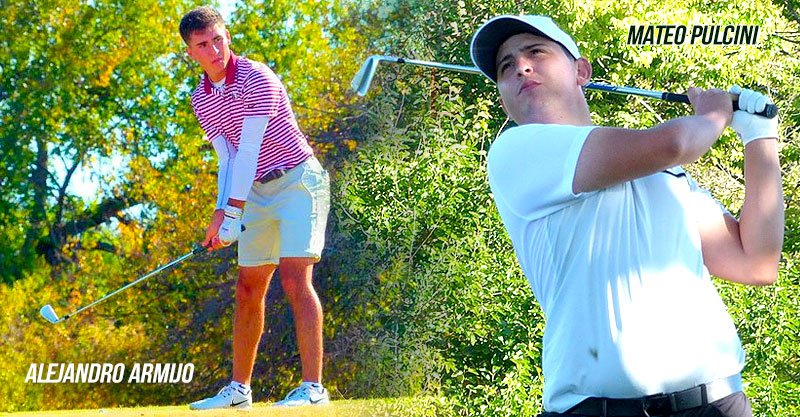 Pulcini fired a 1-over-par 73 while Armijo shot a 74 on the 6,565-yard course at RidgePointe Country Club as OC – the only Division II squad in the 10-team-field – bested Missouri State, Central Arkansas, Southern Illinois, Stephen F. Austin and Houston Baptist. OC’s final-round team score of 297 gave the Eagles an overall score of 890.

Pulcini, a freshman from Rio Cuarto, Argentina, tied for 26th in the 63-man field at 224 (+8) while Armijo tied for 39th at 229. Armijo, a sophomore from Rio Rancho, N.M., had one of the wildest rounds imaginable, overcoming a quadruple bogey on the par-4 No. 2 with six birdies in his first 10 holes.

Two-time Division II All-American Trevor Norby, a senior from Carlsbad, Calif., led the Eagles for the tournament, recording his second straight 75 after an opening-round 68 to finish at 218 (+2). That was good for a tie for 14th individually.

Junior Alex Motes of Sulphur Springs, Texas, tied with Pulcini for 26th at 224 after a final-round 75 that included three birdies. Freshman Said Powers of Edmond, Okla., posted a 75 and tied for 46th at 230 while freshman Ransen Turner of Edmond shot an 80 and was 60th at 241.

OC will wrap up its fall schedule next Monday and Tuesday in the Jerry Hrnciar Invitational, which will be hosted by Cameron at The Territory Golf and Country Club in Duncan. The Eagles won the tournament last year, with Norby taking home individual medalist honors.