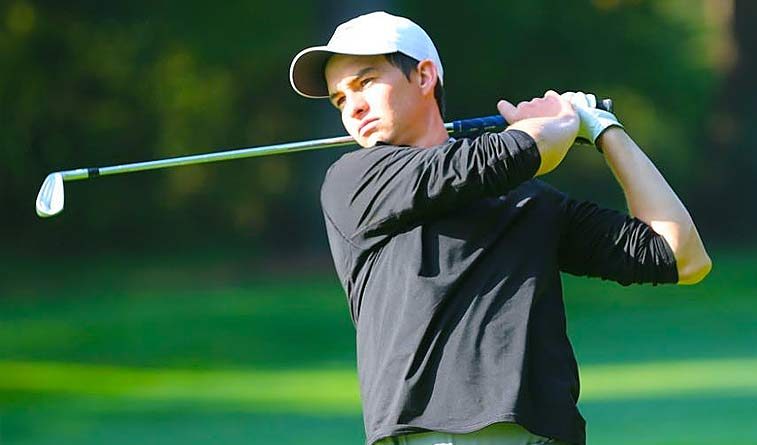 DUNCAN, Okla. (Oct. 24, 2017) – It may be a bit premature to say that Oklahoma Christian is back as a serious NCAA Division II men’s golf contender, but the evidence shown during a successful fall season certainly makes that case.

OC posted its second win of the fall campaign in The Territory Classic, posting a final-day score of 309 on a windy and somewhat chilly Tuesday at The Territory Golf Club to finish with an overall score of 602, edging Heartland Conference rival Newman (Kan.) by one shot. First-round leader Midwestern State (Texas) and Arkansas-Fort Smith tied for third among the 14 teams at 606.

The Eagles’ previous win, in the Great American Conference Preview at Lake Hefner Golf Club’s North Course in Oklahoma City on Sept. 11-12, snapped a drought that stretched back to March 2016. The program’s 60th all-time team tournament win gave the Eagles two wins in a semester for the first time since fall 2013.

“I am extremely proud of the team this week,” OC coach David Lynn said. “In very difficult conditions, they stayed steady and fought so hard all day. This team win caps a very solid fall season and hopefully will provide some good momentum going into the spring.”

Among other Oklahoma schools, Oklahoma Baptist finished sixth at 611, Southeastern Oklahoma State tied for seventh at 614, Rogers State was tied for ninth at 615, Southwestern OSU was 11th at 617 and Cameron tied for 12th at 628.

Somewhat amazingly, OC won at The Territory despite having no players finish in the individual top 10 in the 80-man field. The Eagles’ top finishers tied for 12th with a two-round score of 150 – junior Juan Pallach (who shot a 6-over-par 78 on Tuesday) and freshman Andres Brictson (79). Brictson saved par with a six-foot putt on the final hole that proved to be the winning margin for the Eagles.

“That was a clutch putt,” Lynn said.

Another shot behind Brictson and Pallach, tied for 16th, was junior Cameron Brown, who shot a 78 in the final round over the 7,077-yard course.

Turning in the top score for OC on Tuesday was junior Ethan Smith, who posted a 74 to move up the leaderboard into a tie for 31st at 154. Another junior, Garrett White, tied for 63rd at 162 after a final-round 85. Playing as an individual, OC junior Grady Neal finished 74th at 169 after shooting an 82.

“Ethan’s six-shot turnaround for the low round of the day was huge for us and gave us a chance to win,” Lynn said. “I’m extremely proud of his ability to come back on day two.”

Chris Eckes of UAFS and Clayton Keck of Midwestern State tied for individual top honors at 147.