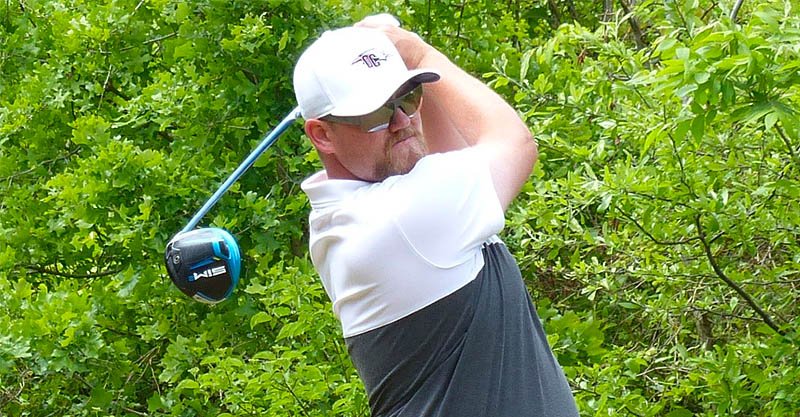 Norby joined Andrew Beckler of Washburn (Kan.), Dan Bradbury of Lincoln Memorial (Tenn.), Keegan Bronnenberg of Indianapolis (Ind.) and Alejandro Restrepo of West Florida on the list of Division II finalists. The recipient of the award will be announced during The Memorial Tournament presented by Nationwide, scheduled for June 3-6.

The prestigious Nicklaus Award is named for arguably the greatest golfer ever. Nicklaus, the NCAA champion at Ohio State during his collegiate playing days, helped inspire and create the award in 1988. It is now presented to the national player of the year in NCAA Divisions I, II and III, as well as in the NAIA and NJCAA. Norby is the only collegiate golfer in Oklahoma named as a 2020-21 finalist at any classification level.

Already a two-time All-American (with 2021 honors still to be determined), Norby – from Carlsbad, Calif. – has established himself as one of the top players in the history of OC’s tradition-rich men’s golf program. During the 2020-21 season, he played in 10 tournaments, posting seven top-five and nine top-10 finishes (including his fifth career win, in the Lion Invitational in Trophy Club, Texas) and he was 14th in the other tournament, an otherwise all-Division I event outside of OC’s players.

He was selected to play in two elite all-star events, the Patriot All-America in late December at Wigwam Resort in Litchfield Park, Ariz., and the Arnold Palmer Cup, to be played June 11-13 at Rich Harvest Farms in Sugar Grove, Ill. Norby, who will be on the U.S. team in the Palmer Cup, was the first OC player ever to be named to play in the Ryder Cup-style event.

Norby made the All-Lone Star Conference first-team list for a second straight season, was the top-ranked player in the South Central Region by Golfstat.com and was a three-time LSC player of the week. He helped the Eagles secure the No. 1 seed in the Division II South Central Region entering the NCAA postseason.

“What an amazing honor to be selected as a Jack Nicklaus Award finalist,” OC coach David Lynn said. “Basically, it means you had one of the top seasons in NCAA Division II golf. Trevor was amazingly consistent this season, never finishing outside the top 10 in Division II events. He leaves OC on top of quite a few statistical categories, perhaps none more impressive than career scoring average. I’m extremely proud of all that he has accomplished in his time at OC.”

Only one previous OC player ever has won the Jack Nicklaus Award – Oscar Stark, who received the 2011 award when the Eagles competed in the NAIA.