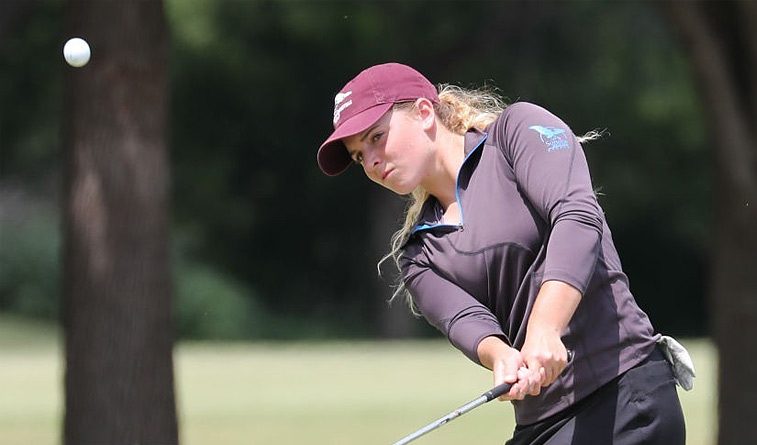 WICHITA FALLS, Texas (May 9, 2017) – After a forgettable first round in the NCAA Division II West Super Regional, Oklahoma Christian’s Abigail Rigsby put on a performance worth remembering on Tuesday at Wichita Falls Country Club.

The freshman from Courtenay, British Columbia, fired the best round of the day by any of the golf tournament’s 66 players – a 1-under-par 71 – and jumped a whopping 32 spots on the leaderboard into a tie for 26th after two rounds.

At 10-over 154 for the tournament, another strong outing in the final round on the 6,149-yard course could put Rigsby in the mix for an individual berth in the Division II Championship, to be played next week at Findlay Country Club in Findlay, Ohio.

The top three individual finishers who aren’t on the top three teams in the 12-team tournament will advance and Rigsby would need to make up at least four more shots on Wednesday to be in that group. The good news is she made up four shots on that group on Tuesday.

Leading the team race after Tuesday’s round was West Texas A&M at 591, with St. Edward’s (Texas) second at 601 and Dallas Baptist (Texas) third at 602. Casey Wild of Tarleton State (Texas) was the individual leader at 145.

OC’s other individual in the tournament, sophomore Kate Goodwin, found considerable trouble throughout her round on Tuesday and shot an 84, which dropped her into a tie for 52nd at 161.

Goodwin and Rigsby will be grouped Wednesday – for the third straight round – with Imkeleen Meyer of Newman (Kan.) and will tee off No. 10 at 9:20 a.m.