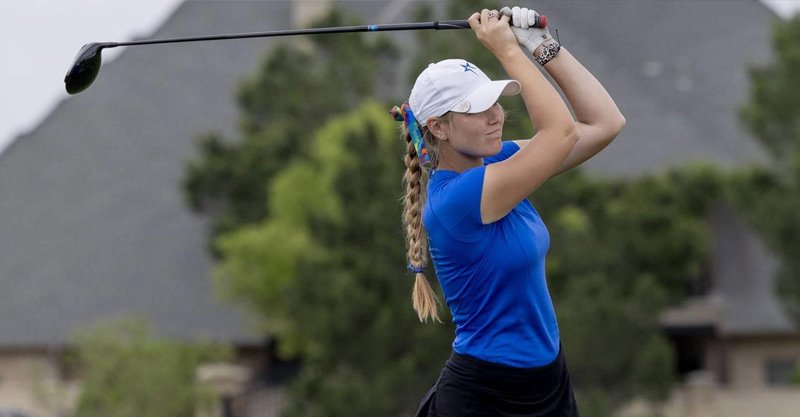 EDMOND, Okla. – The third round of the NAIA women’s golf championships has been suspended due to inclement weather Thursday afternoon at Rose Creek Golf Club.

Play in the third round will resume 7:30 a.m. Friday. Teams will play on into the final 18 holes at the conclusion of their third round.

Oklahoma City University entered into a tie for second place with Taylor (Ind.) when weather intervened. The Stars’ Lauren Behnken had completed 14 holes, while McKenzie McCoy finished 12 holes Thursday. A couple of groups will have seven holes remaining to play in the third round when golf resumes Friday.

Natalie Gough paced OCU by playing at even par through 13 holes to move into a tie for ninth place in the individual standings. Keiser (Fla.) led by 21 shots over OCU and Taylor led by Serra Evrengil, who stood atop the individual leaderboard at 1 under par for the tournament.

Tournament officials sounded an air horn to signal an evacuation of the course at 1:40 p.m. due to lightning arriving in the area. Two full teams had turned in their scores for the third round.

Rain fell for a time, and lightning persisted until the coaches met at 3:30 p.m. for the announcement of the suspension of play.