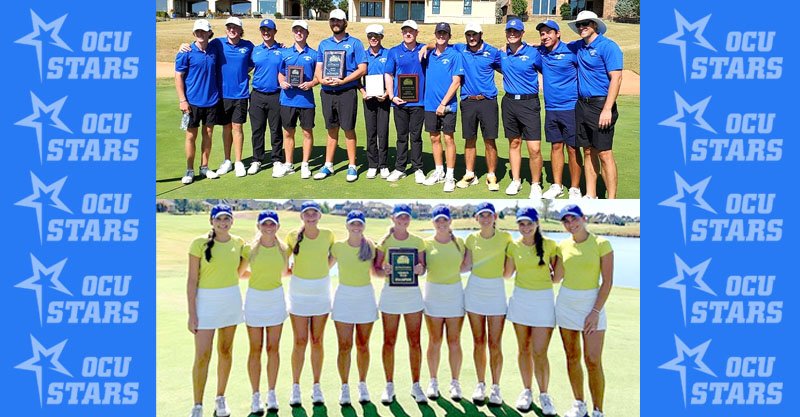 OCU closes out Rose Creek Classic with record round, Chaney’s 11-under obliterates record

The 16 under par team round of 272 also set a school record for best round vs. par.  The previous record was four under was recorded on three different occasions, most recently at the Southwestern Christian Fall Invitational in 2019.

OCU finished 27 strokes ahead of the OCU Blue Team (873) and 192 stokes ahead of third place Seminole State Community College (1,038). The 192-stroke advantage over Seminole set a school record for margin of victory over an opponent.

OCU’s two teams secured the top nine spots in the tournament. Four of those golfers bettered the school record 54-hole score of 216 and two equaled that mark, led by new record holder freshman Reagan Chaney’s minus 11 effort (70-68-67 – 205). The previous low 54-hole tally of 216 was recorded by Jessica Schiele.

OCU returns to action on Oct. 11-12 at the Sydney Cox Invitational. That tournament will be held at the Lincoln Park Golf Course in Oklahoma City. EDMOND, Okla. – Oklahoma City University carded a final team round of 10-under-par 278 at the Rose Creek Classic on Tuesday to cruise to a first-place finish in its final fall tournament of the season.

OCU, ranked fifth in the NAIA men’s golf rankings, finished the par-72, 54-hole tournament with an 832. That was 18 strokes better than second-place Southwestern Christian University (850).