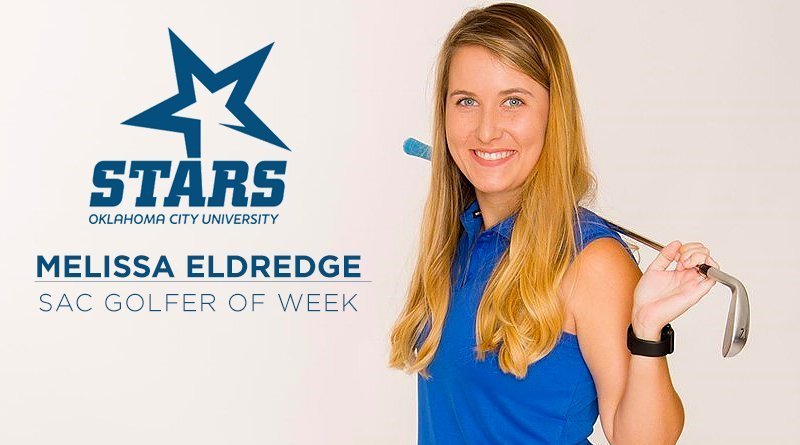 Eldredge wrapped up the individual SAC championship by overcoming a two-shot deficit on the back nine Saturday. Eldredge, a junior from Eufaula, Okla., became a three-time all-SAC performer with three top-five finishes in the league championships.

Gough, a freshman from Bixby, has recorded 76.70 strokes per 18 holes and 42 birdies in 23 rounds this season. Gough picked up all-tournament with her fourth-place showing in the SAC Championships. Gough has three top-five finishes this season.

Pritchard, a freshman from Allen, Texas, has supplied OCU with a 78.65 scoring average and 36 birdies in 23 rounds in 2018-19. Pritchard has produced two top-10 finishes and a win this season.

Romero, a senior from La Coruna, Spain, earned her second all-tournament finish in the SAC Championships. Romero has accumulated 78.37 shots a round with 29 birdies in 19 rounds this season.

Van Zyl, a freshman from Welkom, South Africa, finished runner-up in the SAC Championships by one stroke to gain all-tournament acclaim. Van Zyl has put together a 76.31 stroke average with 28 birdies and an eagle in 13 rounds this season.

McCauley directed Oklahoma City to the SAC championship for the seventh time in his ninth year as head coach. The Stars won for the third time in nine events this season. McCauley has led OCU to 26 tournament victories and three national titles.