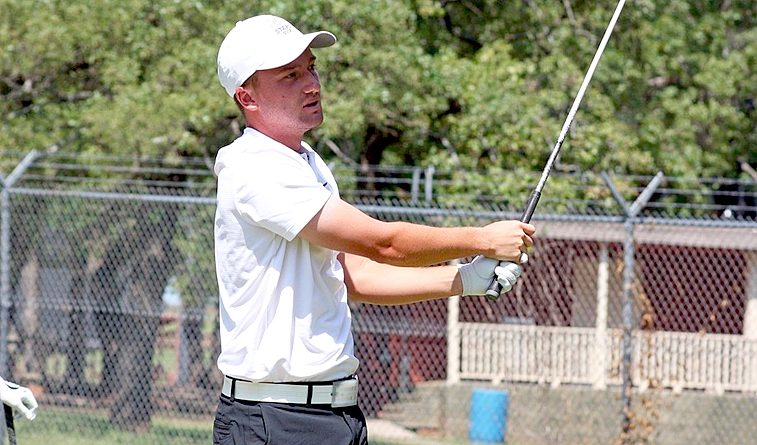 Meyers, a sophomore from Johannesburg, South Africa, captured the individual title in the Battle at the Primm on March 19-20 at Primm Valley Golf Club in Primm, Nev. Meyers tied the Stars’ tournament record in the process.

Meyers produced a 15-under-par 67-63-65–195 on the par-70, 6,841-yard course. Rupert Kaminski established OCU’s 54-hole tournament-record score with a 21-under-par 67-63-65–195 in the Sooner Athletic Conference Championships on April 18-19, 2016 in Fort Worth, Texas. Meyers took his third tournament win of his career and second of the season. Meyers secured the Ottawa-Arizona Spring Invitational title on Jan. 29-30 in Litchfield Park, Ariz.

On the season, Meyers has turned in a 71.64 stroke average in 22 rounds through eight tournaments. Meyers has buried 77 birdies and two eagles in 2017-18.