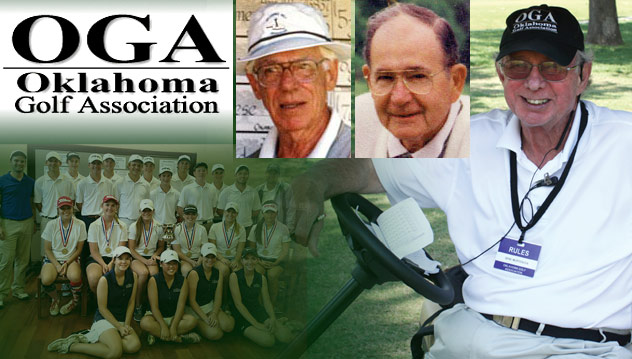 The Oklahoma Golf Association Foundation has announced it is funding two additional scholarships for 2017, bringing the total to nine.

The $5,000 scholarships will be named in honor of long-time OGA volunteers Clarence “Corky” Billen of Oklahoma City and Gene Mortensen of Tulsa.

They are in addition to the previous $5k scholarships named after Bill Barrett and Roy Oxford, two other distinguished OGA veterans. Barrett, a retired druggist, was the long-time OGA director and Oxford, a retired FBI agent, was his right-hand man. The foundation also offers five $2,500 scholarships for a total commitment of $32,500 annually.

High school seniors can apply for the scholarships from now until March 15. Winners will be announced June 1. Applications and more information is on the OGA website at www.okgolf.org.

The OGA Foundation also announced it is going to be sponsoring junior golf rounds this summer at the E.C. Hafer Clinic at Kickingbird Golf Course in Edmond and at the First Tee of Tulsa. One afternoon per week the foundation will cover the costs of rounds for juniors in each program.

“That’s a program we’re happy to do and hope to expand to other parts of the state,” said OGA Executive Director Mark Felder.

Information on supporting the OGA Foundation can be found at www.okgolf.org.