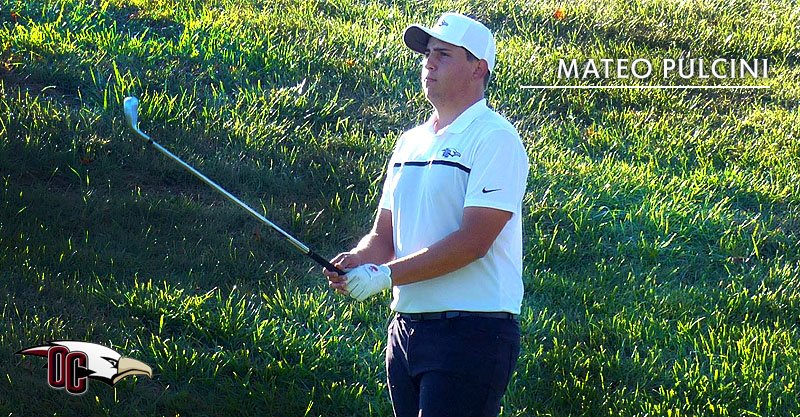 Pulcini, from Rio Cuarto, Argentina, had his best day as a collegiate golfer, recording four birdies in the first round en route to a 70, then sizzling with four birdies and an eagle (on the par-5 No. 12) against only one bogey while shooting a 5-under-par 67 in the second round. At 137 (7-under), he was tied with Texas Tech freshman J.P. Roller for the individual lead. Roller, playing as an individual, had two eagles on the day.

Lurking just a shot back of Pulcini and Roller was OC senior Trevor Norby of Carlsbad, Calif. Norby, seeking what would be his sixth individual title, posting a pair of 69s on the 6,860-yard course that included a combined nine birdies and an eagle (in the second round, on the par-5 No. 8). As a team, OC was 14-under on par-5s on the day.

Tied for 13th in the 98-man field at 143 (1-under) was OC junior Andres Brictson of Merida, Mexico, who followed a first-round 70 with a 73 and had seven birdies during the two rounds combined.

The tournament’s final round will begin at 8:30 a.m. Tuesday.