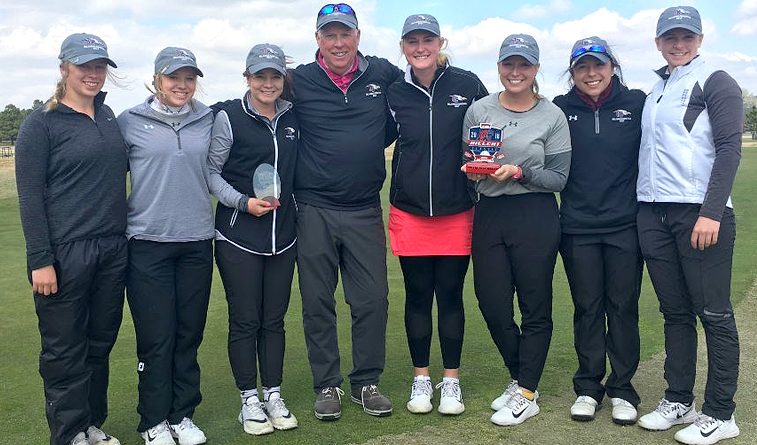 OWASSO, Okla. (March 20, 2018) – The ninth tournament win in Oklahoma Christian women’s golf history proved to be one of its most dominant.

With all five starters finishing in the top 12 – and three in the top six – the Lady Eagles rolled to a 23-shot win in the Hillcat Classic, which ended Tuesday at Bailey Ranch Golf Club. It was OC’s second win in three years in the annual tournament hosted by Rogers State and the Lady Eagles’ team win since taking the Oklahoma Intercollegiate at Fort Sill Golf Course in October 2016.

OC posted a final-round team score of 315 to close the two-day event at 623, with Newman (Kan.) finishing a distant second among the seven teams in the tournament. The margin of victory matched the largest in program history, a 23-shot win in the Augustana Spring Fling in March 2015 at The Classic Club in Palm Desert, Calif.

The Lady Eagles posted a 1-2-3 individual finish in the 2015 event, with Audrey Meisch finishing just ahead of Anna Arrese Cortadellas and Allison Sell.  At the Hillcat Classic, Kate Goodwin finished second, Abigail Rigsby third and Elizabeth Freeman sixth in the 41-woman field.

Goodwin, a two-time tournament winner who led after the first round, struggled to an 80 on Tuesday to finish at 152, five shots behind redshirt freshman Jess Whitting of Rogers State.

Whitting, a Perth, Australia native, posted a 36-hole score of 3-over-par 147 after her round of 1-over-par 73 in today’s final round to win for the second time this spring season. She trailed Goodwin by two entering the round.

Whitting finished with the most birdies and pars in the field at five and 25, respectively. She shot 1-under on the par 5s in the blustery conditions to separate herself from the field.

Freeman’s final-round 81 put her at 160. OC’s other two starters tied for 12th at 164, with sophomore Ashton Nemecek shooting 81 and freshman Shaley Goad an 85 in the final round.

Rogers State women’s golf team placed third out of eight teams.  The tournament win is Whitting’s second victory of the season and second in the last three tournaments after capturing the individual title at the St. Edward’s Invitational on Feb. 20 in Austin, Texas.

Senior Mica Eastin finished just outside the top 10 in 11th after registering a two-round score of 19-over-par 163. In the final round today, Eastin shot 84-79.