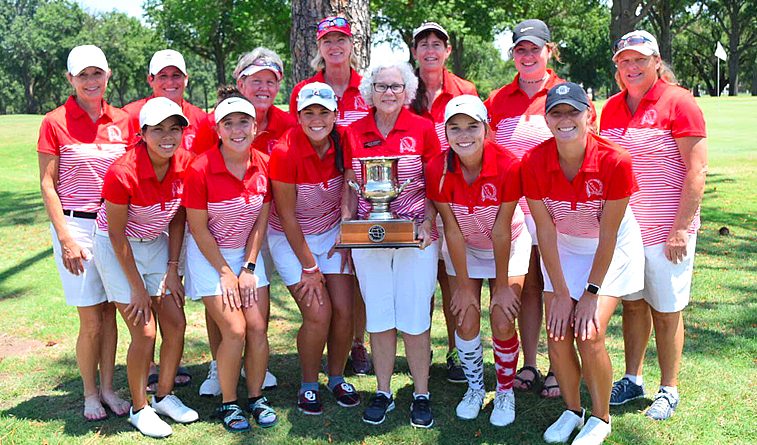 The Oklahoma squad prevailed in the annual Fore State Championship which concluded with singles play Wednesday at Muskogee Country Club. The Oklahoma squad compiled 14 points to edge Arkansas and Missouri, which had 12.5 points each, and Kansas with nine points.

Anna Mikish, Sydney Youngblood and ShaeBug Scarberry all won singles matches for Oklahoma in the Amateur Division, while Lee Ann Fairlie and Jen Hays won in the Mid-Amateur Division.

Complete results for the matches which included foursomes (alternate shot) and four-ball matches on Tuesday are below. Congrats to the Oklahoma squad!