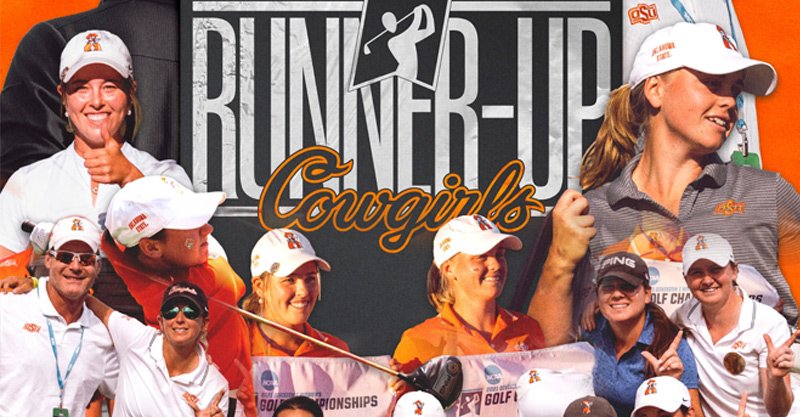 SCOTTSDALE, Ariz. – The Oklahoma State women’s golf team earned a runner-up finish in the NCAA Championship to top off a record-breaking season.

Six of the seven lowest single-season scoring averages in Cowgirl golf history have come this season. The team average score of 286.74 (-0.21) to par is the program best and fourth nationally.

Ole Miss won the national title with a 4-1 win over Oklahoma State. The second place finish matches the best by a Cowgirl team since 2004.

Maddison Hinson-Tolchard took an early lead over Smilla Sonderby and won her match 4 and 3.

Maja Stark and Isabella Fierro took their only match play losses 2 and 1 to Kennedy Swan and Andrea Lignell. Lianna Bailey lost her match 6 and 5 to Chiara Tamburlini. Rina Tatematsu was down 4 strokes in her match to Julia Johnson when play was called.

The Cowgirls now own eight top-5 finishes at the NCAAs and are tied for tenth most NCAA Championship appearances nationwide.