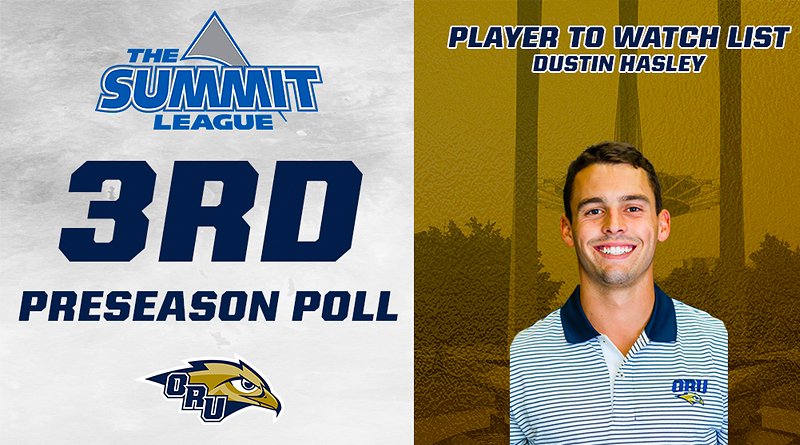 The Pioneers, who won the league title for the first time since 2014, received all seven first-place votes while North Dakota State and Oral Roberts each received one. The Bison wound up in second with 56 points while the Golden Eagles were third with 50 points.

South Dakota was fourth with 41 points while Omaha (34) edged South Dakota State (33) for fifth. The Jackrabbits were in sixth with Purdue Fort Wayne (22), Western Illinois (16) and North Dakota (10) rounding out the seven through nine spots in the poll.

The Oral Roberts women’s golf team was selected second in the 2020 Summit League Preseason Poll, it was announced Wednesday.

The Pioneers, who have represented the league in the NCAA Tournament during each of their six seasons as a league member, received all eight of the first-place votes they could receive while Oral Roberts followed in second place with 53 points. DU and ORU both return three All-Summit League performers from 2019 to their respective rosters.

South Dakota State, who received the other first-place vote, took third with 49 points and North Dakota State was fourth with 48 points. South Dakota who took fifth with 36 points. Purdue Fort Wayne was picked to finish, totaling 22 points while Omaha (19), North Dakota (18) and Western Illinois (15) rounded out the poll.