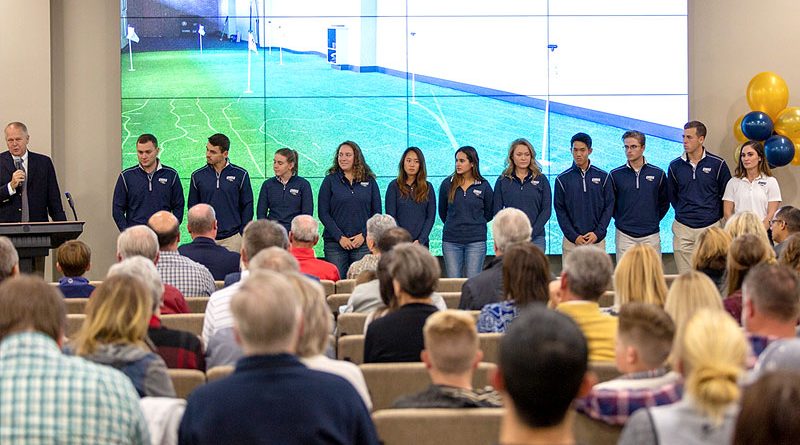 The new home to the ORU men’s and women’s golf teams was officially opened Saturday and includes two key performance areas. Inside the facility is the Bill Brogden Golf Performance Center, in honor of former head coach Bill Brogden. It features four hitting bays, simulator, putting green with PuttView technology and an area for strength and conditioning.

Outside is the Bob Canada Short Game Facility, in honor of former head coach and the late Bob Canada. It includes a putting green and chipping range that has three greens to target.

“We are very excited to open this new facility,” ORU Athletic Director Mike Carter said. “We are blessed to have such generous donors who felt called to give to this project. The new John and Cheryl Clerico Golf Complex will enhance the performance of our student-athletes and be their home for years to come.”

The new facility is located on the south side of the ORU Nursing and Engineering Complex at the corner of 81st and Delaware. Inside, it highlights the performances and accomplishments of former student-athletes and coaches. It also has space that serves as player’s clubhouse, player’s lounge, coach’s offices and film area.

“ORU Golf now has a home,” coach Lance Watson said. “The facility should make the past players proud and the future players excited about ORU Golf.”