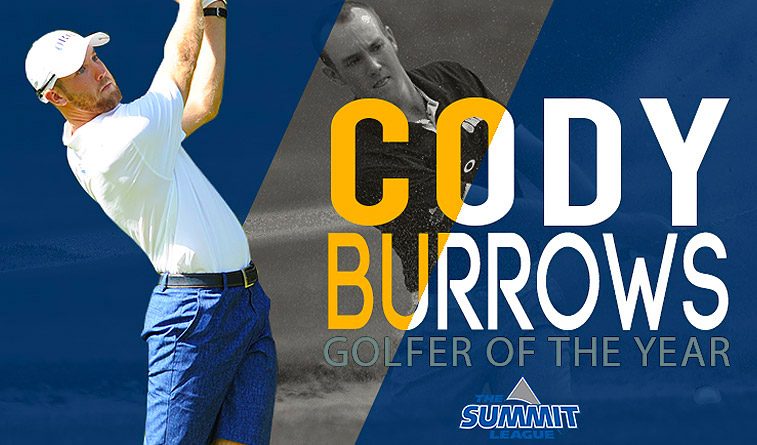 ELMHURST, Ill. – Oral Roberts’ Cody Burrows was named the league’s Men’s Golfer of the Year following a vote of the head coaches.

Burrows becomes the first Oral Roberts student-athlete to earn the Men’s Golfer of the Year award since 2004 (Lyle Patton). The sophomore led The Summit League with a 72.43 scoring average and was named first team all-league and to the all-tournament team. He placed third at the league championship with an even-par 216 (74-73-69). The Chickasha, Okla., native totaled 11 rounds of par or better this season while earning a trio of top-five finishes and five in the top-10.