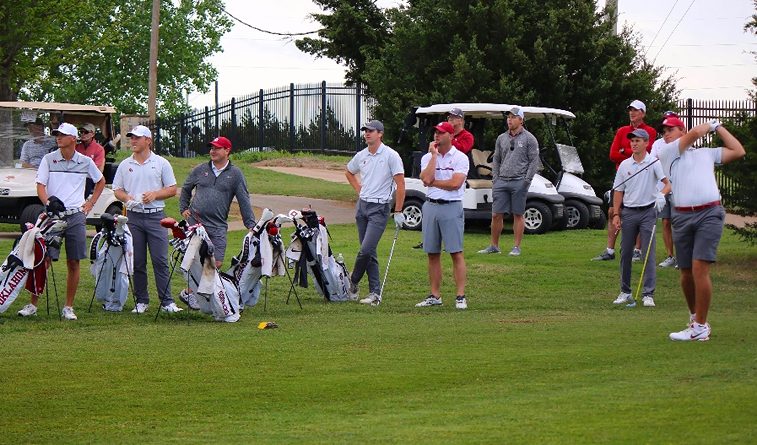 STILLWATER, Okla. – Oklahoma State’s men’s golf team will look to add to its NCAA-leading total of 11 regional titles this week when it begins play at the NCAA Austin Regional at the University of Texas Golf Club.

The Cowboys will serve as the top seed in the 14-team field. Monday’s first round is set to begin at 8 a.m. at the par-71, 7,355-yard layout. The regional will consist of 54 holes Monday through Wednesday with 18 holes being contested each day.

The regional will be one of six conducted to determine the field for the NCAA Championship finals, which will be contested May 26-31 at Rich Harvest Farms in Sugar Grove, Ill.

OSU’s regional total dates back to 1989. That year, the three-regional system was implemented and used until 2008. During that time, OSU competed in the Central Regional every year. The 2009 campaign marked the first time a six-regional format was used.

Ventura, a junior, will be be joined in the lineup this week by senior Zachary Olsen, sophomores Zach Bauchou and Hayden Wood as well as freshman Viktor Hovland.

NORMAN — The Oklahoma men’s golf team looks to advance to its seventh consecutive NCAA Championships at the NCAA Stanford Regional this week. The three-day, 54-hole tournament is taking place Monday-Wednesday (May 15-17) at the par-70, 6,727-yard Stanford Golf Course in Stanford, Calif.

The regional is one of six 54-hole preliminary events for the NCAA Championships finals. The low five teams and low individual not on those teams from each regional will advance to the NCAA finals, scheduled for May 26-31 at Rich Harvest Farms in Sugar Grove, Ill.

“We’re excited about Stanford,” OU head Coach Ryan Hybl said. “For one, I think our guys genuinely enjoy going out West … We’re going to go out there with the same mindset we have every single week, and that’s to put ourselves with an opportunity to hopefully win a championship.”

The Sooners, who are the No. 3 seed in the regional, are coming off of a fifth-place finish at the 2017 Big 12 Championship. Senior Max McGreevy was OU’s best finisher, claiming a share of fifth individually. Junior Rylee Reinertson and sophomore Brad Dalke also placed in the top 10, tying for ninth.

THE FIELD WITH REGIONAL SEED (GOLFWEEK/SAGARIN RANKINGS IN PARENTHESES)

OU LINEUP
1. Max McGreevy, Senior: Dominated at the Lone Star Invitational, firing a three-round 196 (-20) to earn his third career title … Recorded all three rounds in the 60s at the Lone Star Invite, including a school-record-matching 63 (-9) in the second round… Earned co-medalist honors at the Golf Club of Georgia Collegiate … Placed in the top 20 in nine of 12 tournaments this season, finishing in a tie for fifth at the Big 12 Championship most recently… Named to the 2017 All-Big 12 Team.

THE COURSE
The par-70, 6,727-yard Stanford Golf Course will serve as the site for the NCAA Stanford Regional.

FORMAT
Fifty-four holes will be played over three days. The first and second round are scheduled to begin at 10:30 a.m. CT on Monday and Tuesday, and the final round is set for a 10 a.m. start on Wednesday. The low five teams and low individual not on those teams will advance to the NCAA Championships finals.

WEATHER FORECAST
Monday: Partly cloudy with a high of 62 degrees and wind from the west, northwest at 10-20 mph.

Wednesday: Sunny with a high of 65 degrees and wind from the northwest at 10-20 mph.

OU’S NCAA REGIONAL HISTORY
Last year, the Sooners placed second at the NCAA Stillwater Regional to advance to the NCAA Championships for the sixth year in a row and 37th time overall. At the national tournament in Eugene, Ore., OU advanced to the quarterfinal round of match play championship.