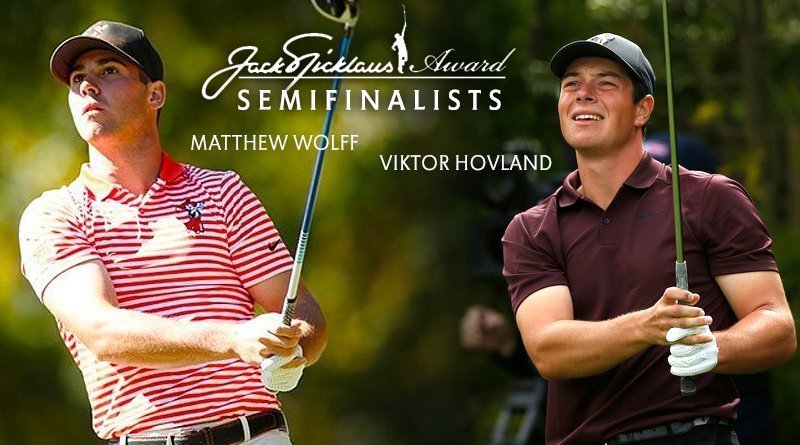 Oklahoma State’s Viktor Hovland and Matthew Wolff were among the players named semifinalists for the 2019 Division I Jack Nicklaus Player of the Year Award it was announced today by the Golf Coaches Association of America.

Nicklaus Award recipients will be announced May 30 with the honor presented by Jack Nicklaus at a ceremony during the final round of the Memorial Tournament at Muirfield Village Golf Club.

In addition to receiving the Jack Nicklaus National Player of the Year Award, the five recipients will compete in the Barbasol Shootout for an exemption into the PGA Tour’s Barbasol Championship, which is held July 18-21.

Hovland, a junior from Oslo, Norway, is currently the top-ranked player in the Golfweek/Sagarin Rankings. He has three victories to his credit on the year.

A sophomore from Agoura Hills, Calif., Wolff checks in as the No. 2 ranked player in the country and has five wins this season.