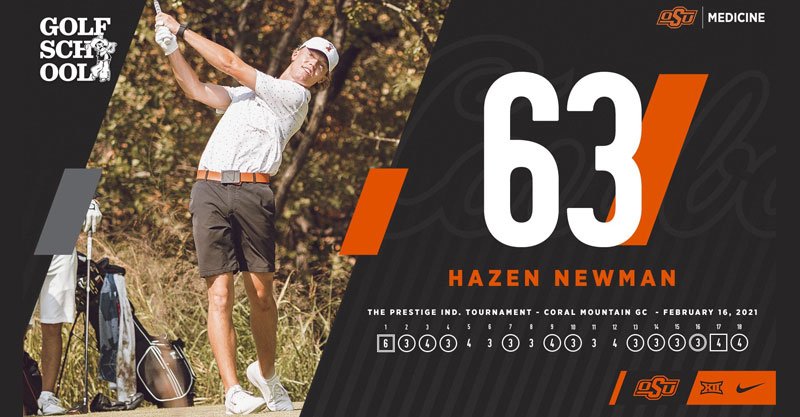 Oklahoma State’s Hazen Newman shot a second-round 63 to grab a two-shot lead at 12-under heading into the final round of The Prestige Individual Invitational at Coral Mountain Golf Club in LaQuinta, Calif., on Tuesday.

The final round of the 54-hole event is Wednesday. Newman is one of four Cowboys who are competing in the event for individuals. Complete results are here.

The Cowboys as a team were scheduled to compete in the All-American Intercollegiate in Houston this week but it was cancelled due to the winter storm currently affecting nearly all of Texas.

Newman is a freshman from Las Vegas.