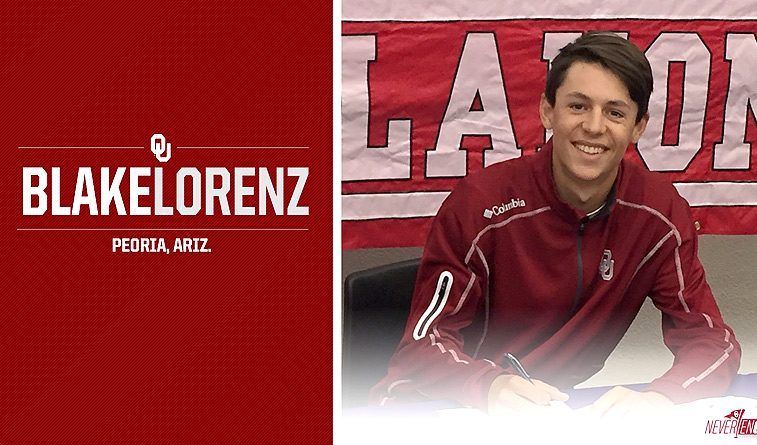 “This is a really nice pick up for us as we have grown to love Blake Lorenz,” OU head coach Ryan Hybl. “He is very athletic and has had a really nice last 12 months or so in development to become a big-time player. He is going to be a part of a great group in 2018 and he will add that much firepower to this class.”

Lorenz won the 2017 AIA Division II State Championship and is currently a finalist for the Arizona High School Player of the Year award. He also led Sunrise Mountain High School to their first-ever Mustang Team Championship in 2016 and 2017, earning low medalists honors.

Lorenz has also claimed wins at the Junior Golf Association of Arizona’s 2017 AM&E Bryce Moulder Jr. Masters, the 2017 OB Sports Winter Classic and the 2017 Arizona Junior Match Play championship. He was also the runner-up at the 2017 Scottsdale Junior Championship and the 2018 BMO Invitational Junior Masters.

In the classroom, Lorenz has a cumulative GPA of 3.92. He joins Logan McAllister (Oklahoma City, Okla.), Sam Tidd (Meridian, Idaho) and Patrick Welch (Providence, R.I.) as a part of OU’s 2018 signing class.