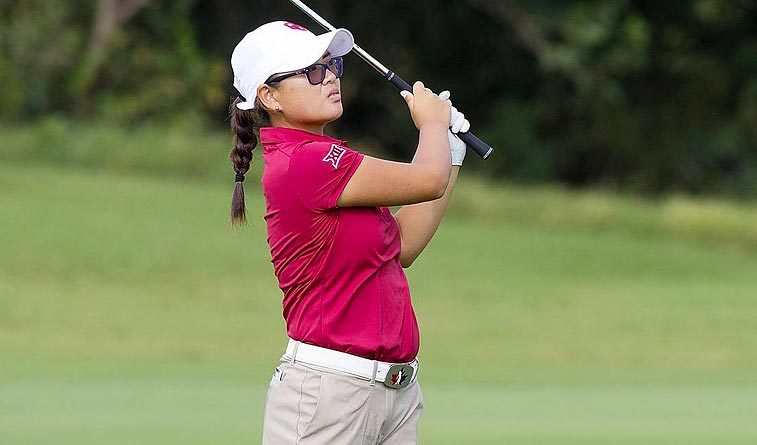 WOODBURY, Minn. – The 20th-ranked Oklahoma women’s golf team opened its 2018-19 season with a score of 588 (+12) in the opening day of the Minnesota Invitational in Woodbury, Minn., on Monday. OU is in eighth place with one round remaining at the par-72, 6,479-yard, Prestwick Golf Club.

“We had a rough back nine during our second round,” said OU head coach Veronique Drouin-Luttrell. “We have a lot to learn from our mistakes and hopefully take what we’ve learned today and apply it tomorrow. We are talented as a team and need to believe in each other and ourselves.”

The Sooners were led by a pair of underclassmen in sophomore Hannah Lee and freshman Libby Winans. Lee is currently tied for 13th place after finishing bogey free in the opening round with a 68 (-4) followed by a 76 (+4) in the afternoon to finish the day at even par (144). The sophomore has only competed in three events for the Sooners prior to the Minnesota Invitational.

After shooting a 77 (+5) in her opening round, sophomore Kaitlin Milligan responded with a 74 (+2) to finish the day in 54th place.

Sophomore Sydney Youngblood posted a 73 (+1) in her morning round, recording four birdies. Youngblood finished the day with a 77 (+5) and is tied for 61st.

The Sooners tee off in the final round on Tuesday with a shotgun start at 9 a.m. CT. Live results will be available on Golfstat.com.