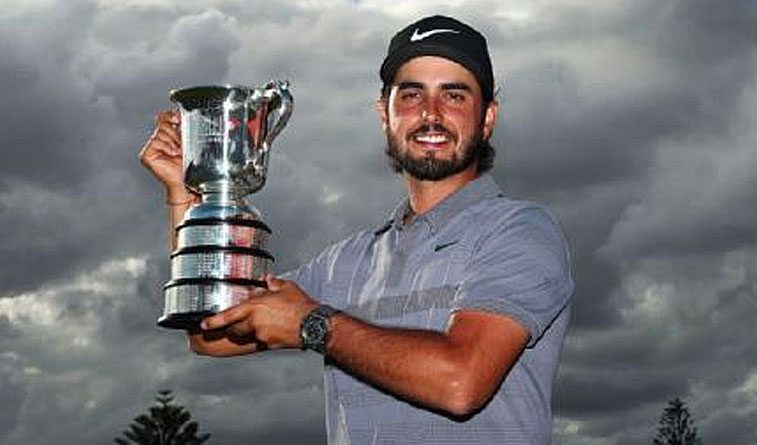 Ancer closed the final round with a three-under 69 to finish the event with a four-round total of 16-under 272 to claim the Stonehaven Cup. Ancer led by five strokes heading into Sunday’s final round. He opened the day with three birdies on the front nine to go up by seven shots at the turn.

”It’s been crazy,” Ancer said. ”This win is all for my family. They’ve been there every single day of my life pushing me, or Mexican golf as well.”

The win moves Ancer into 60th in the World Golf Rankings. A move into the top 50 before the end of the year will secure a spot in next year’s Masters field for Ancer.

On the PGA Tour in 2018, Ancer secured five top-10 finishes. He is already off to a strong start to begin the 2019 season, tying for fourth at the Shriners Hospital for Children Open, while claiming a share of fifth at the CIMB Classic.

A three-year letterwinner at Oklahoma, Ancer was an All-American for the Sooners in 2011 and ranks third all-time in career stroke average in program history.

Oklahoma State’s Viktor Hovland tied for 13th in the tournament at 5-under.

Meanwhile, over on the PGA Tour, Oklahoma State product Charles Howell III was snapping a winless streak of 333 events.

Howell knew what you were thinking when that drive went into the water right of Sea Island’s second fairway. He was thinking the same thing. He thought he’d blown it again. His chances of winning were over. Another Sunday would end in frustration, not elation.

“I just honestly thought I had shot myself in the foot again,” Howell said. He started The RSM Classic’s final round with a one-shot lead. It was the sixth 54-hole lead of his career. He’d lost the previous five, another frustrating statistic in a career defined by what he hasn’t achieved. Howell trailed by three shots when he arrived at the third tee.

“Sometimes you wonder, well, maybe you just don’t have it in you,” he said. “Maybe today is just not the day. More than likely I won’t be winning the golf tournament.”

Howell has heard all of the criticisms levied against his long and consistent career. He’s brought the same charges against himself. Sunday was different, though. He proved his harshest critic – himself – wrong.

The 39-year-old won his third PGA TOUR title with an unprecedented performance. He summoned his best golf at the most important moment. Now he will take the FedExCup lead into the New Year.

“I thought I had it in me, but I had never seen me do it,” Howell said. “It’s kind of like the guy who thinks he can dunk, but if you can’t dunk, you just can’t do it.”

It was a good week for other players with Oklahoma ties as well. OSU grad Peter Uihlein tied for seventh at 15-under after a final-round 63. Anders Albertson, son of Tulsa businessman Scott Albertson, continued the strong start to his rookie season with a tie for 15th at 13-under. Robert Streb, Edmond North graduate, shot 11-under to tie for 32nd.