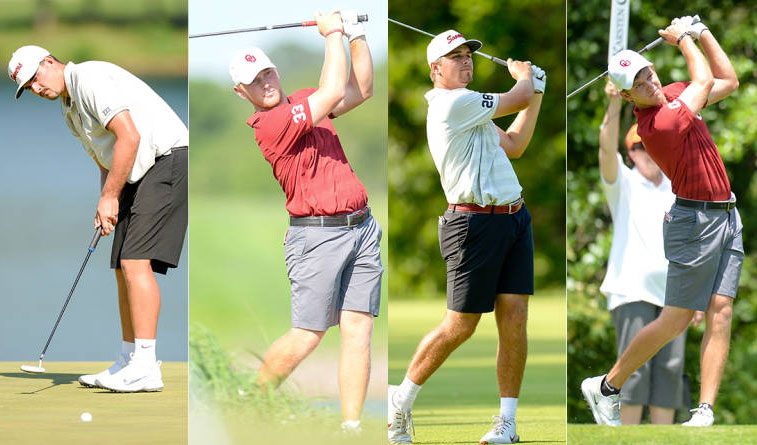 OU’s four selections matched a program record that was set in 1989 and 2017. It also marks the third time in the last four seasons that that multiple Sooners have been named All-Americans.

Hirschman is just the seventh Sooner to become a three-time All-American in school history and the first since Anthony Kim earned three consecutive All-America honors from 2004-06.

Dalke and Hale each received recognition for the second straight season. Cummins earned All-America status for the first time.

All four players were key in OU’s run to the NCAA Championship match play quarterfinals and helped the Sooners win the 2018 Big 12 Championship and the 2018 NCAA Norman Regional. OU earned five team wins in 2018, matching the program record set in 1989.

Cummins provided the Sooners a spark in their lineup during the spring season and posted a 71.63 stroke average this year. The redshirt sophomore recorded six top-10 finishes this season, while earning a trio of third-place finishes.

Hale played in 12 events, logging a 71.69 stroke average as a junior. He claimed six top-10 finishes in 2018 and earned a season-best fourth-place finish at the 2018 NCAA Norman Regional. Hale fired 10 rounds in the 60s this season.

Hirschman finished his stellar career third ranked all-time at OU in career stroke average at 72.19. The Collierville, Tenn., native was a co-medalist at the 2018 Big 12 Championship, the first Sooner to earn medalists honors at the event since 2002. Hirschman also played 162 career rounds, the most by a Sooner in program history.

In addition to the All-America accolades, Cummins, Dalke, Hale and Hirschman were also named to the Division I PING All-Central Region Team.