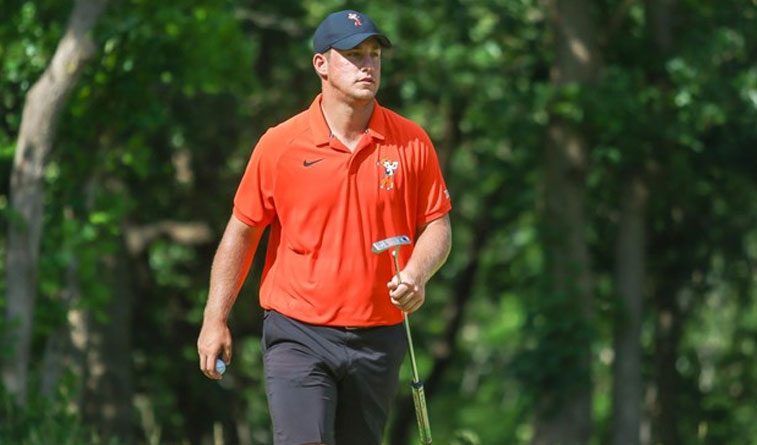 Oklahoma State’s men’s golf team added three more All-Americans to its storied history on Thursday with Zach Bauchou, Kristoffer Ventura and Austin Eckroat all being recognized by the Golf Coaches Association of America.

A junior from Forest, Va., Bauchou posted six top-10 finishes on the year, including a trio of fourth-place showings and a runner-up finish at the NCAA Columbus Regional. He delivered a 4 & 3 victory in OSU’s NCAA semifinal win before posting a resounding 8 & 7 triumph against Alabama in the title match as well.

Ventura capped his senior campaign with three top 10s, including a tie for medalist honors at the Big 12 Championship. The Rygge, Norway native finished his collegiate career with three wins and earned honorable mention status for the second year in a row after being named a third-team All-American as a sophomore.

During his freshman campaign, Eckroat fired a closing 64 to tie for first place at the Wyoming Desert Intercollegiate and also earned a top 10 at Arizona State’s individual tournament, tying for fourth place. He provided the deciding point in OSU’s NCAA quarterfinal win over Texas A&M and its semifinal victory against Auburn.

The five players honored by the GCAA comprised the starting lineup that produced the program’s 11th NCAA title last month at Karsten Creek.