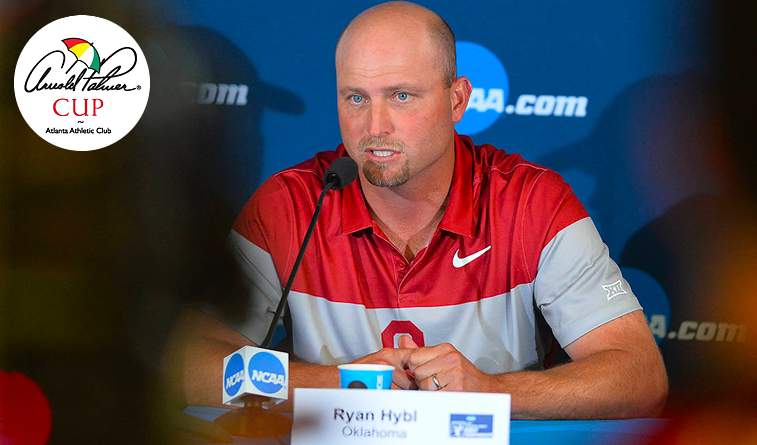 Hybl will become the first coach to lead the U.S. team after playing in the event as a collegiate athlete. OU’s head coach helped the U.S. team to a 15.5-8.5 victory over against Great Britain and Ireland during the 2002 Palmer Cup.

“I’m very excited, honored and truly humbled to have the chance to represent the United States,” Hybl said. “As a former player to participate in the event, it’s a special moment for me, our golf program and our university. Alongside our women’s team, we’re going to represent Mr. Palmer the best we can in France.”

In 2018, the participants will include corresponding women golfers who will be added to both the USA and International teams and will thus become the only major tournament which features men and women playing side-by-side as partners. Hybl will serve as men’s coach alongside Ohio State’s Therese Hession.

“I think Therese and I are going to get on the same page as we get closer to the event,” Hybl stated. “We’re going to listen to our players since we won’t have a ton of time when we get over there to get prepared. Our goal is to win the Palmer Cup for the United States.”