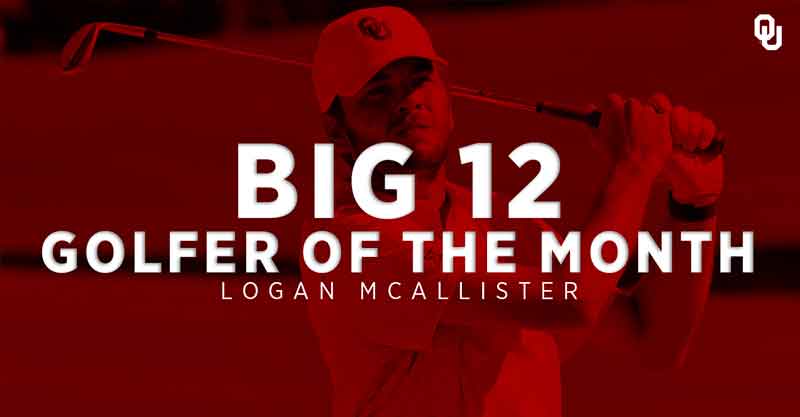 NORMAN – Logan McAllister was named the Big 12 Golfer of the Month for September, it was announced by the league office on Wednesday afternoon. It’s the first monthly award for the Oklahoma junior since he joined the Sooners.

McAllister led the Sooners to a victory at the Big 12 Colonial Preview in late September, taking home medalist honors for the second time in his career. The Oklahoma City product carded a 66 in the tournaments’ final round to finish at 3-under-par, holding off teammate Quade Cummins, who finished in second.

McAllister’s 54-hole score at Colonial of 207 (-3) set a career low, as he used a team-high 10 birdies to take home the tournament crown. His other career win came at the Nike Collegiate Invitational in 2019.

The No. 2-ranked Sooners next compete at the Maridoe Invitational in Carrollton, Texas, on Oct. 18-20.