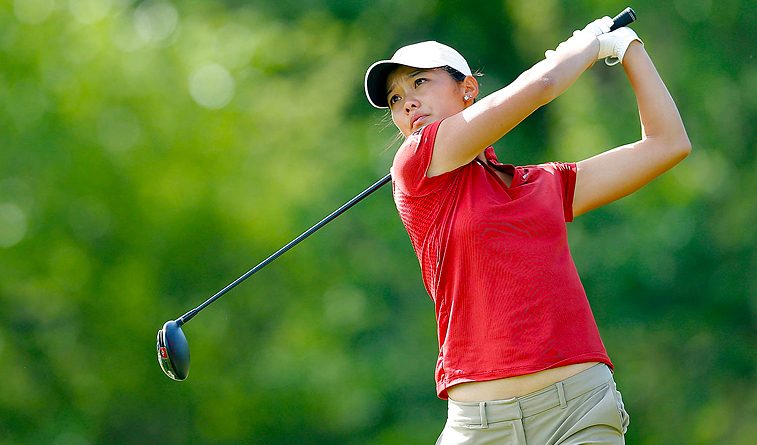 The 2016-17 Oklahoma women’s golf season officially came to an end on Monday as Julienne Soo completed the third and final round of stroke play at the 2017 NCAA Women’s Golf Championships. The tournament, which is still being played by advancing teams, is at the par-72, 6,343-yard Rich Harvest Farms course in Sugar Grove, Ill.

Despite a tough finish, Soo had plenty to be proud of this season. The South Yarra, Australia, native posted a 72.38 (+0.47) season-scoring average, the second best in relation to par in program history and just .03 behind Chirapat Jao-Javanil’s average of .44 in 2012-13. Soo, who posted the best 54-hole score in relation to par in OU history earlier this season, also finished her sophomore campaign tied for the most rounds at par or better with 22. She also was named to the All-Big 12 Women’s Golf Team.

“Jules had a fantastic year,” OU coach Veronique Drouin-Luttrell said. “I know she’s disappointed with her performance this week, but we can’t let it distract from the fact that she had a record-setting year. This week was a great experience for Julienne and she will only continue to improve.”

Arizona State’s Monica Vaughn finished as the top individual at the tournament with a 217 (+1), followed by Leona Maguire (Duke) and Jennifer Kupcho (Wake Forest) tied for second at 218 (+2).

Northwestern (897; +33) was the top team after 54 holes of stroke play followed by Stanford (905; +41) and Arizona State (909; +45) in second and third respectively. Ohio State, USC, Florida, Baylor and Kent State will also advance to the match-play portion of the championships.