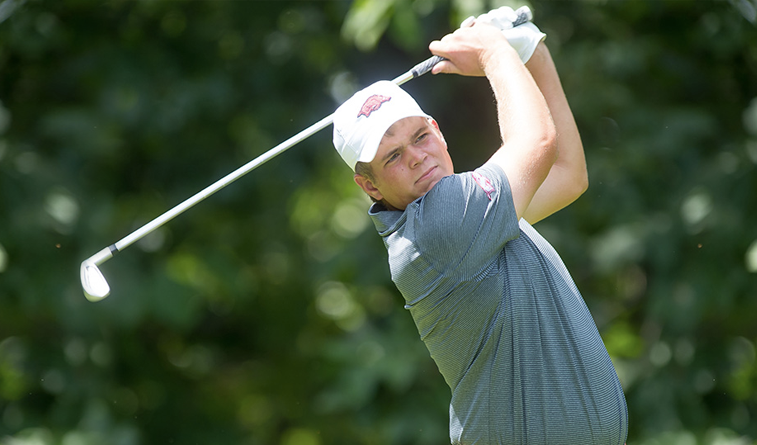 In head coach Brad McMakin’s 11 years at the helm of the Razorbacks, nine different players have earned All-America honors. Overstreet becomes the third Arkansas player in the last two years to capture the award and the third freshman since 2013 to land on the All-America team, joining Nicolas Echavarria (2013) and Charles Kim (2016).

Overstreet went on a run for the ages at the 2017 NCAA Championship at Rich Harvest Farms, finishing runner-up and recording the second-best individual finish in program history with rounds of 70-68-72-71 – 281 (-7). He became the second player in school history to finish inside the top five at the National Championship, joining R.H. Sikes who won the program’s only National Title in 1963.

Overstreet led the championship field with 21 total birdies during the 72-hole tournament and finished T-2nd in par three scoring at 2-under. Overstreet finished his rookie year with a 73.0 stroke average, including three straight top 15 finishes during postseason play.

He took his game to another level in the final month of the year, shooting a combined 5-under in three postseason events that included finishing T-13th at the SEC Championship, sixth at NCAA Regionals and second at the NCAA National Championship. Overstreet ended the year with five of his final eight rounds under par.