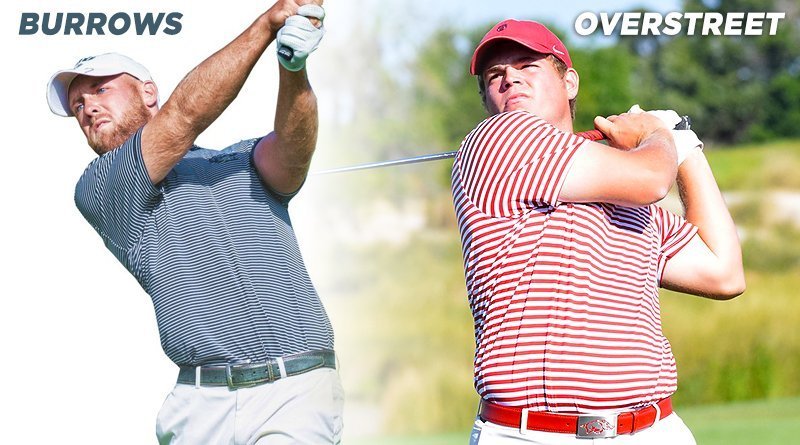 Mason Overstreet of Kingfisher shot a second-round 69, helping the University of Arkansas remain fourth in the Austin Regional. The Hogs, who will host the NCAA Championships at their home course at The Blessings in Johnson, Ark., are a shot ahead of TCU and six ahead of USC in the race for the top five spots, which all qualify to move on to the NCAA Championship.

Arkansas also counted a 77 by Tyson Reeder of Edmond among its four counting scores in the second round. Julian Perico shot 72 and William Buhl 73.

With an even par 71 in the second round, Oral Roberts senior Cody Burrows jumped more than 20 spots in the standings and sits in a tie for 39th overall with one round remaining.

Only three players in the field had a bigger jump on day two than Burrows as he carded four birdies in the round. There is a five-way tie for the individual lead, including three golfers from Texas and two from Pepperdine.