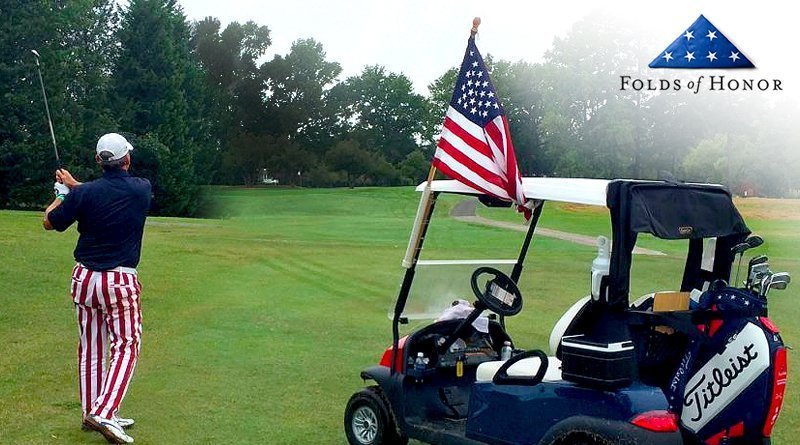 Patriot Golf Day, the foundational fundraiser upon which the Folds of Honor was built, is coming up this weekend. Like everything with the FOH, it has grown, expanded and evolved since Dan Rooney founded the charity that raises funds for scholarships for the children of those killed or wounded while serving the U.S. military forces.

There are four prongs to raise funds for Patriot Day, which netted $7,077.260 in 2018 and more than $54 million since its inception in 2007, allowing the foundation to distribute 4,500 scholarships this year for a total value of $22 million, including 270 scholarships in Oklahoma, one of the top five states in terms of numbers of scholarships.

The original concept of donating a dollar or more while playing over the weekend is still viable, but that can also be done online anytime at www.foldsofhonor.org. Many individuals across the country take donations for playing in Folds of Honor marathons, and no one goes more all-in on this fundraiser than Karl Kimball of Hillendale, N.C., who on Labor Day will play for 24 hours consecutively!

Courses across the country also hold Patriot Day tournaments and other events. Those can range from major events at private clubs to what LaFortune Park and South Lakes are doing in Tulsa County, which is having a contest on a par-3 where for a certain donation you win a sleeve of Patriot Day golf balls if you hit the green on a designated par-3.

This year a new category of fundraising was added in Patriot Teaching and Coaching Day, in which pros can creatively raise funds through a percentage of lessons for a day, fitness programs, club fitting or a variety of activities.

The Folds of Honor Foundation will soon begin construction of a new clubhouse near The Patriot Golf Club where its original headquarters was located. It outgrew the original facility and has been housing its administrative offices in Owasso where it has 36 employees plus another 15 or so nationally. The new office will be north of the driving range.

For more information on the foundation, which clubs near you are participating or how you can help support the mission, go to www.foldsofhonor.org.