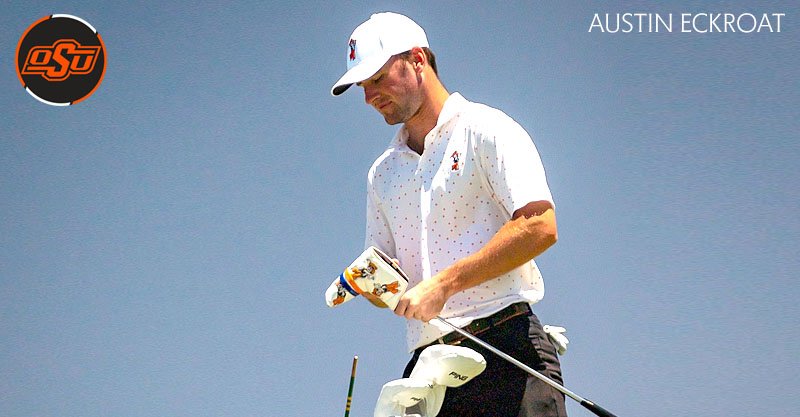 SCOTTSDALE, Ariz. – Oklahoma State’s men’s golf team saw its NCAA Championship run come to an end with a 3-0-2 loss to Pepperdine in Tuesday afternoon’s semifinal round at Grayhawk Golf Club.

The semifinal berth was OSU’s sixth since the implementation of match play in 2009 and was the second consecutive semifinal loss for OSU after winning the program’s 11th NCAA title in 2018.

Additionally, the Cowboys’ semifinal run marked their 56th top-five showing at the national championship since the program’s first season in 1947.

Pepperdine got its first point from Clay Feagler, who defeated junior Austin Eckroat, 2&1. Eckroat held a 2-up lead before Feagler made a hole-in-one at the eighth to start a run of five consecutive wins. The loss was the first in match play during NCAA play for Eckroat, who completes his career with a 6-1 mark.

Dylan Menante put the Waves’ second point on the board with a 3 and 2 win over freshman Brian Stark.

Sophomore Aman Gupta extended his match to the 18th before ultimately falling, 1 up, to Joe Highsmith to send Pepperdine into tomorrow’s title match.

Sophomore Eugenio Chacarra, who was named a first-team All-American earlier in the day, and freshman Bo Jin tied their matches with Joey Vrzich and William Mouw, respectively.

During OSU’s quarterfinal match with Vanderbilt on Tuesday morning, the Cowboys’ first point of the day came courtesy of Eckroat, who posted a 3 and 2 victory over William Moll. Eckroat took a 2-up lead on the front nine before Moll won consecutive holes to tie the match heading to the back nine. He would then take his lone lead of the match at the 10th before Eckroat would take the 11th and 12th to move back in front for good.

Stark took down Cole Sherwood, 3 and 1, to put point No. 2 on the board for OSU. Stark lost two of the first three holes before pulling even at the fifth. He made the turn 1 down before squaring the match at the 11th. With the match deadlocked through 14, Stark won three consecutive holes to close out the match.

Chacarra held a 3-up lead at the turn before Michael Shears rallied on the back nine to tie the match at the 14th. However, Chacarra would win the 15th and 17th to close out the match and propel the Cowboys into the semifinals.

JIn added a 1-up win over Matthew Riedel, while sophomore Aman Gupta fell to Vandy’s Reid Davenport, 1 up.