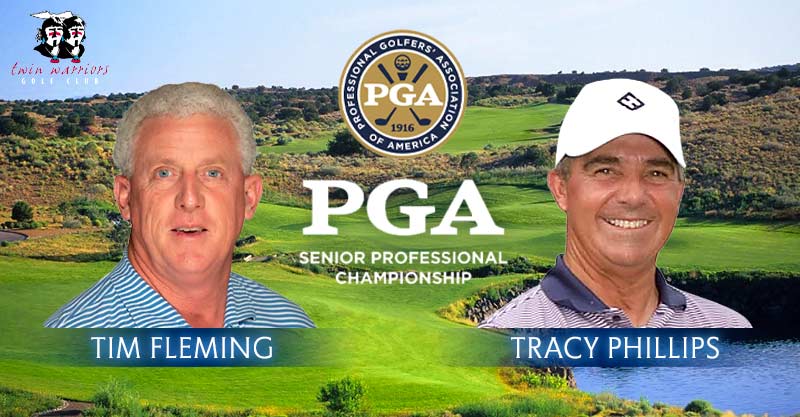 SANTA ANA PUEBLO, New Mexico (Oct. 13, 2022) – The hunt for a spot in the first major championship to be hosted at Fields Ranch East at PGA Frisco got underway Thursday.

Hronek’s bogey-free round with eight birdies carried him to an 8-under 64, tying the lowest first-round score in the history of the championship.

Tracy Phillips of Tulsa led the contingent of seven Oklahoma pros with a 1-under first round of 71 at Twin Warriors, good for a tie for 37th place.

The second round gets under way at 7:40 a.m. (MT) Friday with groups again teeing off on both the Twin Warriors and Santa Ana courses. A cut to the low-90 scorers and ties will be made after the round. Following Saturday’s round, a second cut will be made to the low-70 scorers and ties. The third and final rounds will be played on the Twin Warriors Course.

In addition to the Leo Fraser Trophy, named after the 16th president of the PGA of America, players are competing for a $318,000 purse, including the winner’s share of $26,000.

The low 35 scorers also earn a spot in the 2023 KitchenAid Senior PGA Championship at Fields Ranch East at PGA Frisco in Frisco, Texas, May 24-28, 2023—the first major to be contested at the new Home of the PGA of America.