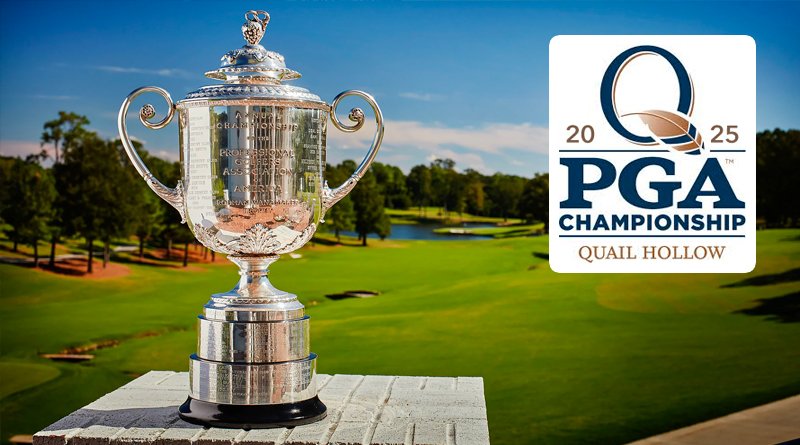 The PGA of America announced today that Quail Hollow Club in Charlotte, North Carolina, will host the 2025 PGA Championship. Officials at Southern Hills Country Club in Tulsa had hoped for the 2025 date but it was announced earlier this week that the event will be held in Tulsa in 2030.

Founded in 1959, Quail Hollow is one of the finest courses in the southeastern United States. The course opened in 1961 and was originally designed by famed golf course architect George Cobb to capture the beauty and challenging terrain of the Piedmont region.

“The PGA of America is proud to return the PGA Championship to Quail Hollow and the wonderful host city of Charlotte,” said PGA of America President Suzy Whaley. “Quail Hollow’s course has a well-earned reputation as a stern test for the world’s finest players, but what sets the club apart is its membership and the welcoming atmosphere that they promote. The state of North Carolina’s appreciation for the game and major championship golf is remarkable.”

This will be the second PGA Championship played at Quail Hollow, but the first played in the month of May. In August 2017, a 24-year-old Justin Thomas finished two shots clear of Francesco Molinari, Louis Oosthuizen and Patrick Reed to claim the initial major championship victory of his career.

Today at noon (EDT), ESPN2 will replay the final 9 holes of the 2017 PGA Championship, including a memorable birdie putt on No. 10 that delayed both gravity and gratification for Thomas.

“Quail Hollow is thrilled to welcome the PGA Championship back to Charlotte in the spring of 2025,” said Quail Hollow Club President Johnny Harris. “Great events such as the PGA Championship don’t occur without an exceptional venue and the strong public-private partnerships we are grateful to enjoy with the City of Charlotte. With the sport’s strongest field, this event continues our commitment to golf played at its highest level while positively impacting our community and surrounding region.”