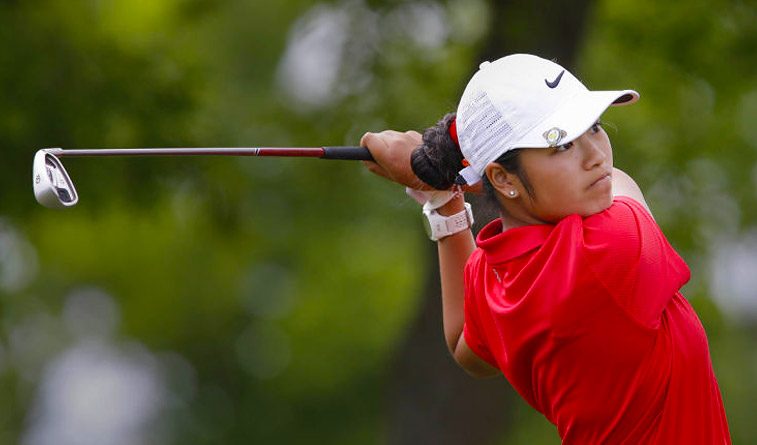 OLATHE, Kan. – Northeastern State started the year on the right foot claiming a team championship on Wednesday at the Central Region Preview.

Teams were only able to get through one hole before course conditions deteriorated to the point that the final round was canceled altogether.

Weather played in NSU’s favor the last time a final round was wiped out with the RiverHawks claiming a Co-Championship in the spring of 2017 at the Lady Rattler Invitational in San Antonio.

The RiverHawks’ 302 on Tuesday gave them a one-stroke win over Arkansas Tech and Central Missouri.

NSU freshman Aitana Hernandez made her debut with a team low 74, which placed the Alicante, Spain native in sixth.   Collinsville native Nina Lee tied for eighth in her first official collegiate tournament with a 75.  The pair finished tournament with five birdies and 23 par scores.

Lexi Armon shot a 76 that landed her tied for 13th overall and Kelsey Lumpkin was a shot behind, tied for 20th place.  Ebba Moberg finished tournament with an 80 and was tied for 39th.

Arkansas Tech’s Peerada Piddon is the individual medalist with the lone under-par scored carding a 71.

“This was our tenth win in just under three years against a strong field that included the majority of the teams that quailed for last year’s NCAA Championships,” said head coach Scott Varner.  “Our freshman were fearless and this just adds to the excitement and expectations we have for this year.”

Northeastern State will return home to host its annual golf classic on Sept. 10-11 at the Cherokee Springs Golf Club.