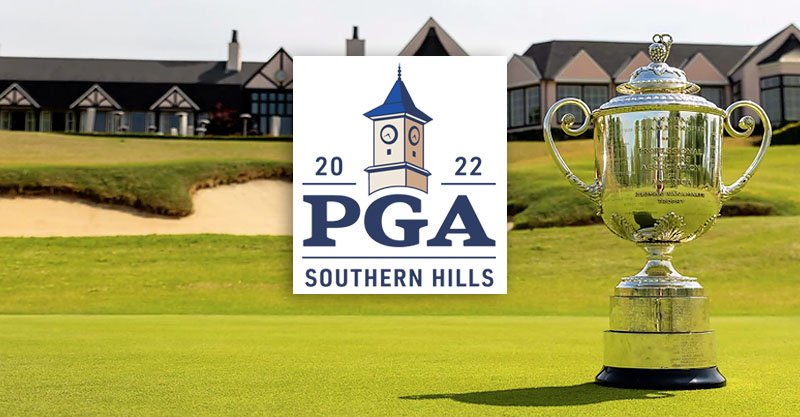 The PGA of America announced today that all remaining tickets to the 2022 PGA Championship ─ to be played at Southern Hills Country Club in Tulsa, Oklahoma, from May 16-22, 2022 ─ will go on sale to the general public starting this Monday, July 19.

With sales from pre-registration now closed, those interested in attending the first PGA Championship at Southern Hills since 2007 can purchase remaining inventory beginning July 19 at PGAChampionship.com.

Tickets to the 2022 PGA Championship will be sold exclusively online. Due to extraordinarily high interest and select championship rounds already sold out, all ticket types are not guaranteed when the public sale goes live on Monday. Prices start as low as $25 for the Monday practice round to witness a piece of history, as the best field in men’s golf returns to the Midwest.

The PGA of America is also proud to continue its junior and military Championship admission policies. Each ticketed adult can bring up to four juniors (age 17 & under) onto the grounds for free each day. No registration is necessary. All U.S. active duty, military retirees, active reserve, National Guard, Department of Defense civilians and their accompanying spouses are eligible to receive complimentary daily grounds tickets.

Also, a limited number of volunteer positions remain available within the PGA Shops, a large, climate-controlled merchandise pavilion on-site. Volunteers must complete at least four, 4-hours shifts and may enjoy the Championship during unscheduled times. Individuals interested in learning more should visit PGAChampionship.com.

Founded in 1936, Southern Hills has already played host to eight major championships, including four PGA Championships, making it the PGA’s most frequent venue.

In May, Phil Mickelson, 50, held off Brooks Koepka and Louis Oosthuizen to win the 2021 PGA Championship at The Ocean Course in Kiawah Island, South Carolina, to become the oldest player to capture one of golf’s four Major Championships.

The PGA Championship perennially showcases the strongest field in golf (a record 99 of the top 100 players in the Official World Golf Rankings competed this year at The Ocean Course) and also features the top 20 PGA Club Professionals.

For more information about the PGA Championship, visit PGAChampionship.com.