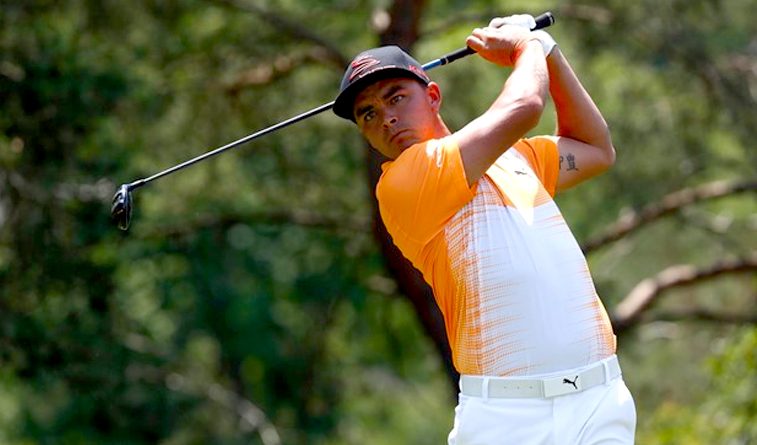 STILLWATER – PGA Tour star Rickie Fowler proudly displays his love for Oklahoma State University by wearing orange on Sundays as he competes against the best golfers in the world. Now he is proudly putting his money where his heart is by establishing the Rickie Fowler Grand Challenge Scholars Program at OSU. An inaugural gift of $100,000 through the Rickie Fowler Foundation will establish the scholars program in the OSU College of Engineering, Architecture and Technology. His plan is to continue contributing to the fund so that it grows to $1 million.

“My home away from home will always be Stillwater, Oklahoma,” Fowler said. “Although I only spent two years there, its impact on me is everlasting. It’s important to me to treat my adopted state with the same respect they’ve given to me.”

His gift to OSU has roots in the 2015 announcement that Cobra Golf, Fowler’s equipment sponsor, had designed a new equipment line in partnership with the Center for the Advancement of Science in Space, which facilitated research on the International Space Station. That partnership inspired Fowler to create a scholarship supporting initiatives in the fields of science, technology, engineering and mathematics.

Fowler reached out to Dr. Paul Tikalsky, dean of the college, to ask where his gift would be most effective. Tikalsky told him about OSU’s participation in the NAE Grand Challenge Scholars Program, which features more than 45 engineering schools around the world addressing some of society’s most pressing issues. The National Academy of Engineering has identified 14 goals for the Grand Challenge, such as engineering better medicines and providing worldwide access to affordable clean water.

“Rickie Fowler’s support expands OSU’s effort to engage more young women and men in the greatest challenges of the millennial generation,” Tikalsky said. “I look forward to Rickie meeting some of these extraordinary entrepreneurs.”

Fowler’s gift reflects his passion for helping OSU students, especially those with financial need, and supporting efforts to solve global challenges. That is why the endowment benefits engineering and technology students in undergraduate research and entrepreneurial projects that address the world’s most pressing needs.

Fowler has four PGA Tour victories since turning pro in 2009. He studied economics at OSU and played two seasons for the Cowboys, earning All-America honors and becoming the first freshman to win the Ben Hogan Award, which recognizes the outstanding male amateur and collegiate golfer of the year. This year, he is leading the PGA Tour with a 69.161 scoring average, and he ranks sixth in the FedExCup standings. He has represented the United States in three Ryder Cups, two Walker Cups, the Olympics, World Cup and The Presidents Cup.