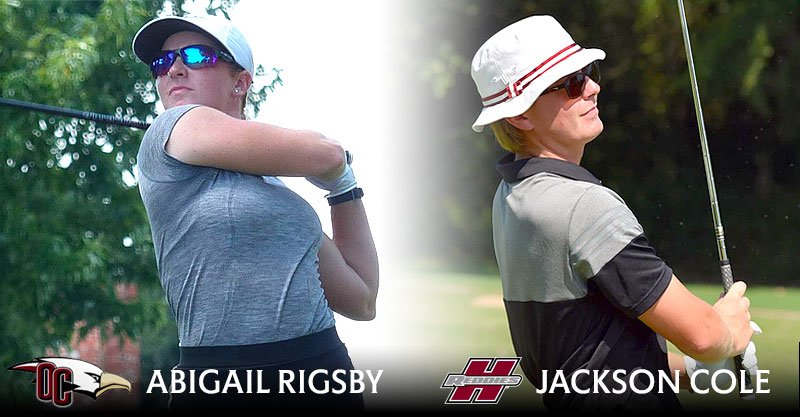 On the men’s side, Jackson Cole of Fayetteville, Ark., shot rounds of 70-68 for a six-shot victory over Christian McAllister of Putnam City and the University oif Central Oklahoma.

Lake Hefner staged the event to help out collegiate golfers, many of whose teams had canceled fall seasons.The tournament was held on the South Course on Saturday and the North Course on Sunday. Lake Hefner had to overcome tremendous damage to trees and lack of power for over a week caused by the recent ice storm to even host the event.

Rigsby seized control in the 19-woman field on Saturday, shooting a 4-over-par 70 on the South Course to take a two-shot lead over Emily Miller of Edmond, a freshman at Central Oklahoma.

On Sunday, Rigsby proved even more dominant, firing a 3-under 69 on the North Course that was the best round of the day by a whopping six shots. She finished at 1-over 142, nine shots ahead of Miller. Brenda Sanchez, a freshman at Harding (Ark.), was another shot back.

In her collegiate career, Rigsby has won three tournaments and was a three-time All-Heartland Conference honoree. After taking a redshirt season in 2019-20, she has returned this fall to the OC lineup.

Cole opened with a 4-under 68 to take command. Stuart Krog posted a second-round 70 to move into third, a shot behind McAllister. Complete results are below.