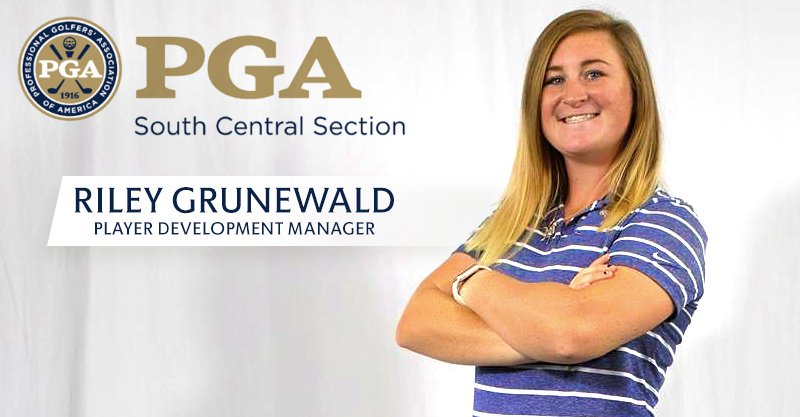 A native of Texas and the daughter of a professional golfer, Grunewald brings a wealth of knowledge and experience to her new role.  She attended King University in Bristol, Tenn., on a golf scholarship while studying business management.  Her summers were spent playing and working in the golf business.  She spent time as an intern with The North Texas PGA on their West Texas Operations Team as well as in their Championship Department.

Riley aspires to become a PGA Member and looks to start on her path to membership as soon as possible.   If you wish to get in touch with her, she can be reached at rgrunewald@pgahq.com.