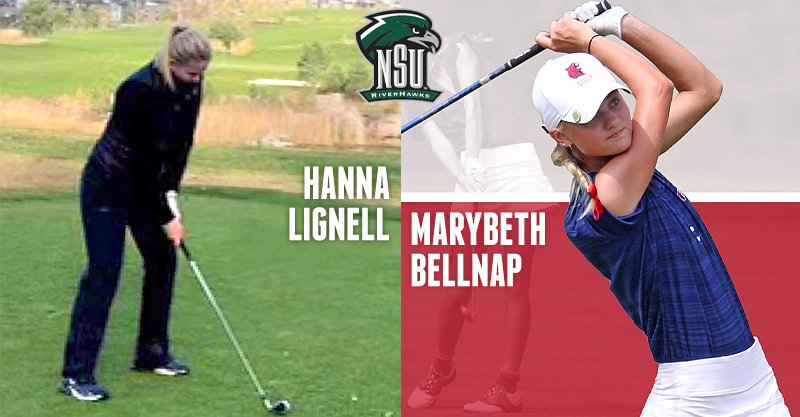 Lignell, a native of Vastra Frolund, Sweden, signed a National Letter of Intent and will come to Northeastern State in the fall of 2022 as an incoming freshman.  Bellnap will play for NSUthis spring after sitting out a season due to transfer rules.

“I absolutely expect Hannah to be an impact player as a freshman,” said Varner.  “Sweden has a legendary program for preparing their kids for college and professional golf.”

“Marybeth is a proven champion as she has already won a major NCAA Division II event. She was a mainstay at Rogers when they started winning events and became a national power alongside us.”

Bellnap played in ten events during her freshman and sophomore years at Rogers State and was tied for individual medalist honors at the 21st Annual NSU Women’s Classic.  She held a 78.42 scoring average during the 2019-20 season and was named MIAA Athlete of the Week.

The Northeastern State women’s golf program finished its fall section of its season ranked No. 24 on GolfStat.com and returns to action on Feb. 28 with The Rattler Invitational in San Antonio, Texas.