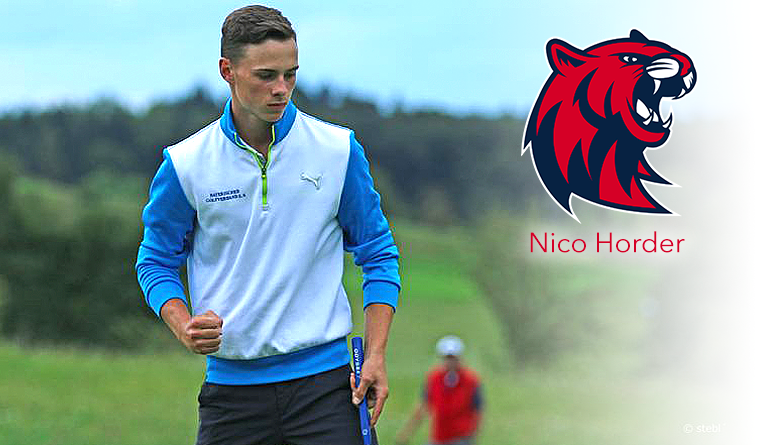 CLAREMORE, Okla. – Rogers State men’s golf coach Steve Brown announced the signing of Nico Horder as the first member of the 2019 signing class. Horder will join the program for the 2019-20 season.

“For over a year now, I have been talking with Nico about coming to Rogers State,” Brown said. “We both wanted to make sure it would be a good fit, and we are both very confident that it will be. Nico brings a wealth of tournament experience to our program, and his passion for the game is evident in his commitment to be the best. I am looking forward to Nico joining us in the fall and contributing to the success of our program.”

Horder will come to RSU from Munich, Germany and Humboldt-Gymnasium Vaterstetten High School. In his golf career, he has a low round of 7-under-par and was the 2016 Bavarian Champion. He played 10th at the German International Amateur Championship in 2018. Horder was the winner of the Bavarian team championship U18 four times from 2013-16, and he was the Bavarian school champion three times from 2015-17.

Horder joins the Hillcats after the navy and red captured the 2018 Heartland Conference Championship and advanced to regional competition of the NCAA Division II Men’s Golf Championships for the first time in program history.