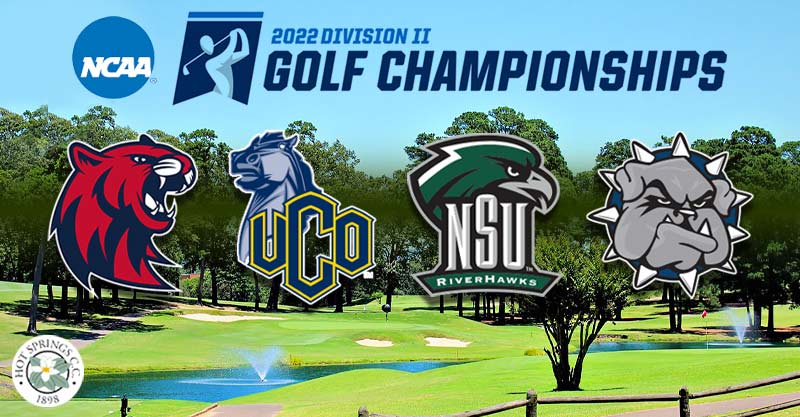 INDIANAPOLIS – No. 16 Rogers State will be the top seed in the NCAA Division II Central Regional Championship on May 2-4 at the Hot Springs Country Club in Hot Springs, Ark.

The Central Region is composed of the MIAA, Northern Sun Intercollegiate Conference and Great American Conference. Nine teams along with six individuals fill out the 51 individual field.

The Hillcats are one of five MIAA teams to qualify for the regional. They will be joined by Central Missouri, Central Oklahoma, Nebraska-Kearney (who earned the MIAA automatic qualifier by winning the MIAA Championship) and Northeastern State.

RSU finished in the top five in all five spring tournaments, including winning four-straight to close out the regular season.

At a minimum, the top three teams and the top two individuals not with a team from each regional will advance to the National Championship to be held May 10-14 at Chattahoochee Golf Club in Gainsville, Ga. The field will consist of 98 individuals.

Central Oklahoma will make its 10th straight appearance in the Central Regional.

“It’s always a thrill when you get to participate in the postseason,” head coach Michael Bond said. “We’ve had a pretty good year and I’m looking forward to seeing what we can do in the regional. It’s a great opportunity for us.”The Bronchos have finished in the top-four eight times in 10 tournaments this year, winning two titles. UCO has been to the Central Regional Tournament every year since 2012 — with the exception of 2020 when all postseason play was canceled by the coronavirus pandemic — and will be looking to advance to the Championship Finals for the first time since 2015.

Northeastern State earned its 12th consecutive qualification into the NCAA postseason. In the regional preview on the same course, NSU finished third. They will be vying for a top-three finish to qualify for the NCAA National Championships the following week. The event will be at the Chattahoochee Golf Club in Gainesville, Georgia.

Northeastern State has qualified for the NCAA postseason 20 times and advanced to the National Championships ten times.

Southwestern Oklahoma State came in as the ninth seed, earning a spot in the regional for the ninth consecutive season.

INDIANAPOLIS, Ind. – For the first time in program history, a member of the Aggie women’s golf team will be heading to the NCAA Division II postseason as Iona Roska earned the top individual bid in the West Regional.

Roska will be joined by five other individuals from around the super region as well as 12 teams, including six Lone Star Conference members at the Brookside Golf and Country Club in Stockton, Calif., May 2-4.

A senior from Inverness, Scotland, Roska recorded eight top-20 finishes out of 10 tournaments this season including a second place finish at the Midwestern State Invitational and tying for fifth at the RJGA Palm Valley Classic. Most recently, she tied her season-low round with a 69 in the final round of stroke play at the LSC Championship. Roska is currently ranked No. 10 in the region by Golfstat.

Conference Champion DBU, West Texas A&M, Texas A&M International, Texas A&M-Commerce, St. Mary’s, and UAFS were the teams from the LSC to advance to the postseason while Roska was the only individual to qualify.

The regional will be a 54-hole event with the top-5 teams from the west along with the top-2 individuals not on an advancing teams will advance to the National Championship, held at Chattahooche Golf Club in Gainesville, Ga., May 10-14.