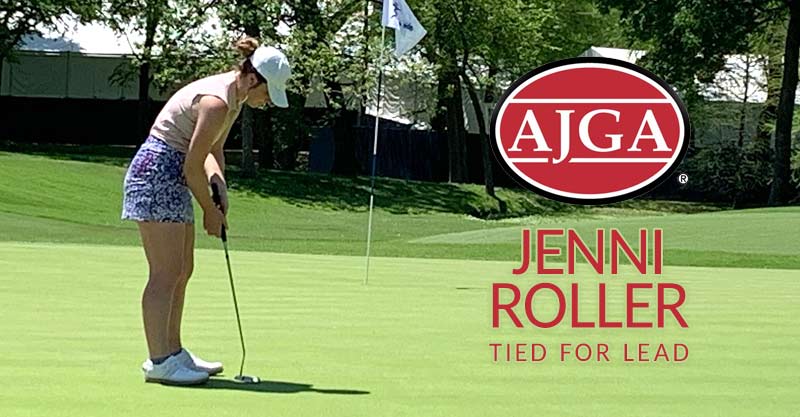 Jenni Roller of Jenks and Grace Frei of The Colony, Texas, are tied for the lead after rounds of 1-under 70 in the AJGA’s Tulsa First Bank Junior Classic Presented by Bo Van Pelt at The Oaks Country Club Tuesday.

The 54-hole event goes through Thursday. On the boys side, Logan Zurn of Grapevine, Texas shot 3-under 68 to lead Will Joran of The Woodlands, Texas, by a shot. Jordan is alone in second at 69, while Yinta Yang of Conway Ark., and Harry Satterlee of Joplin, Mo., are tied for third at 70. Four Oklahomans are tied for fifth at 70 in Grant Gudgel of Stillwater, Collin Bond of Norman, Rhett Hughes of Edmond and Ben Lathrop of Oklahoma City.

Roller had three birdies and two bogeys in her first 10 holes before reeling off eight conseutive pars to close the round.

The next best score by an Oklahoman was Lisa Herman of Jenks, who is tied for sixth after a 2-over 73. Evyn Cannon of Edmond is tied for 12th after opening wiht a 76