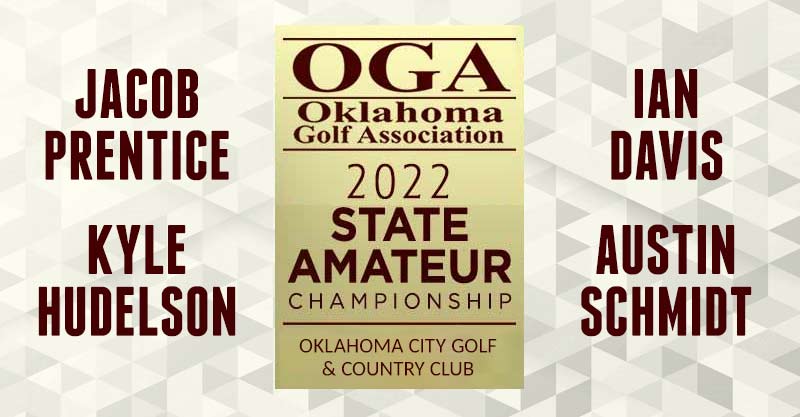 Jacob Prentice builds clubs for a living, but he’ll be swinging them for a possible state amateur championship Wednesday at Oklahoma City Golf & Country Club.

Prentice, a master fitter at Club Champion in Oklahoma City, will face Kyle Hudelson of Oklahoma City in one semifinal, while Ian Davis of Edmond plays Austin Schmidt of Tulsa in the other as the Oklahoma Golf Association State Amateur Championship reaches its final day Wednesday.

The semifinals begin at 8 a.m. with the championship match following at close to noon.

Schmidt knocked off 2019 champion and current Oklahoma State golfer Jordan Wilson of Edmond 3 and 2 and Alex Bloxham of Broken Arrow 3 and 1. He will meet Davis, who went 20 holes in the afternoon to edge Mike Hearne of Yukon. Davis had earlier defeated Matthew Braley of Broken Arrow 2 up.

Schmidt reached a playoff before losing to Mike Hughett in the OGA Mid-Amateur a week ago and has continued his strong play. Davis was helped by a couple of late miscues by Hearne to reach extra holes. Davis recently regained his amateur status after trying professional golf.

It is fairly rare in recent years that none of the four semifinalists are current high school or collegiate golfers but rather businessmen who play their golf on the side.