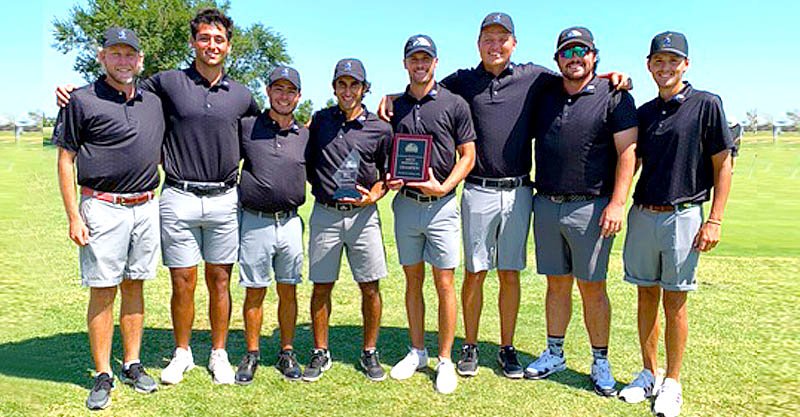 Southwestern Christian University of Bethany set a team record of 22-under 284 in rolling to victory in the 13-team SCU Fall Invite Sept. 7-8 at Lake Hefner (North) Golf Course in Oklahoma City.

Two SCU players in the top 5 were competing as individuals. Gus Fritz, who opened with a 9-under 63,finished third at 208, while Brasco Van Niekerk tied for fourth at 209 after rounds of 68-70-71.

Gus Fritz finished 3rd(-8) for his first tournament of the year as a Freshman  and Hunter Stanley finished Tied for 15th for his first start with SCU as a freshman.