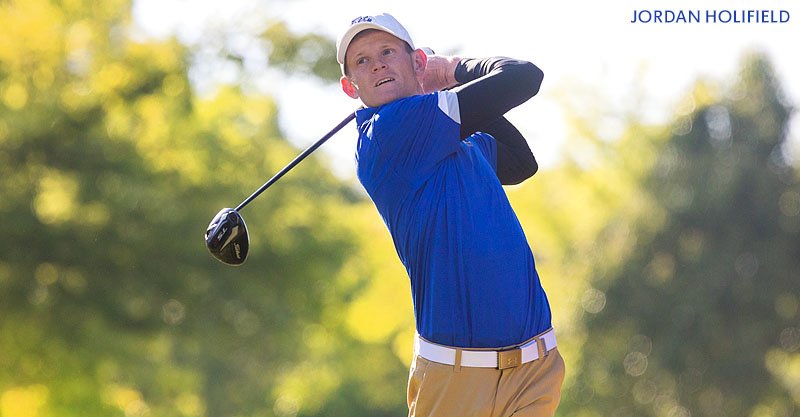 HOT SPRINGS, Ark. – Jordan Holifield came out of the gate on day one of the Great American Conference Championship at 1-over-par over two rounds and sits tied for fifth to help Southeastern into a fourth-place tie through 36 holes in Hot Springs, Ark., at the Hot Springs CC.

Arkansas Tech leads after day one with a 572, with Henderson State in second at 578 and Southern Arkansas third with a 588.

Holifield carded a 36-hole 145 with rounds of 72 and 73 which is currently tied for fifth one shot behind fourth place and six strokes off the lead.

Matthew O’Steen fired the team’s best opening round with a one-under 71 but hit some hard luck over the second 18 holes, carding a 78 to finish the day with a 149 in a tie for 18th.

Trent Zorgdrager opened the day with a 77 and improved in round to with a 73, while Dalton McGinnis opened with a 73 and turned in a 77 in round two. Both players are sitting tied for 22nd with a 150.