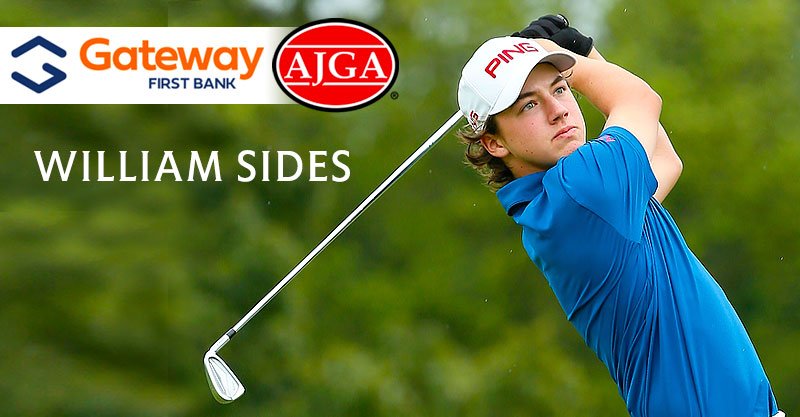 William Sides of Tulsa shot a 4-under 67 at Cedar Ridge Country Club in Broken Arrow to take a two-shot lead over Matthew Spaulding of Spring, Texas, after the first round of the Gateway First Bank Tulsa Junior Hosted by Bo Van Pelt, an event on the American Junior Golf Association tour.

Tied for third are Ben Stoller of Owasso, Jake Hopper of Norman, Carsen Silliman of Jackson, Mo., and Burke Alford of Shreveport, La., all at even-par 71. Another shot back at 1-over are James Roller of Jenks, Brayden Strickland of Broken Arrow, Jack Lawlor of The Hills, Texas and William Falleur of Muskogee.

Britta Snyder of Ames, Iowa, leads the girls division with a 2-under 70. Symran Shaw of Carrolton, Texas and Jenni Roller of Jenks are tied for second at 1-under 70. Lucy Yuan of San Diego is next at 71, followed by Chaemin Kim of Austin, Texas at 72.

The 54-hole tournament continues through Thursday. PGA Tour veteran Van Pelt is expected to be on site Thursday to greet the young players.