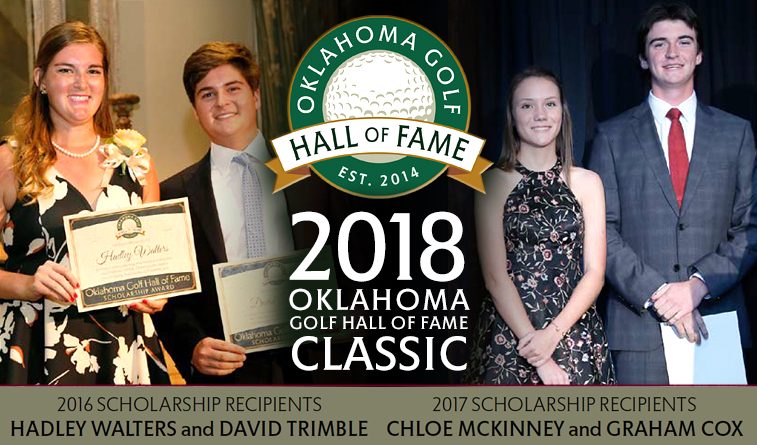 The Oklahoma Golf Hall of Fame Classic, a fund-raiser for the Hall of Fame’s scholarship and Everett Dobson Award programs, will be held July 16 at Oak Tree National in Edmond.

This year’s event will consist of five-man teams along with one current Hall of Fame member or other prominent professional golfer in a shamble format. Cost is $500 per player or $2,500 per team.

There will be a shotgun start at 9 a.m. at Oak Tree National, site of the 1988 PGA Championship, 2006 Senior PGA Championship and most recently the 2014 U.S. Senior Open, among other championship events. Breakfast will begin at 7:30 a.m. and lunch will follow play.

There is information on all of the Hall of Fame members, including highlight and induction videos, at www.oklahomagolfhof.org.

As mentioned, the Hall of Fame awards at least two scholarships annually to Oklahoma high school seniors in the amounts of $5,000 each. It also presents a $5,000 annual award to a graduating collegiate player to help start his career. That award is named for Hall of Fame founder Everett Dobson, also the co-owner of Oak Tree National.