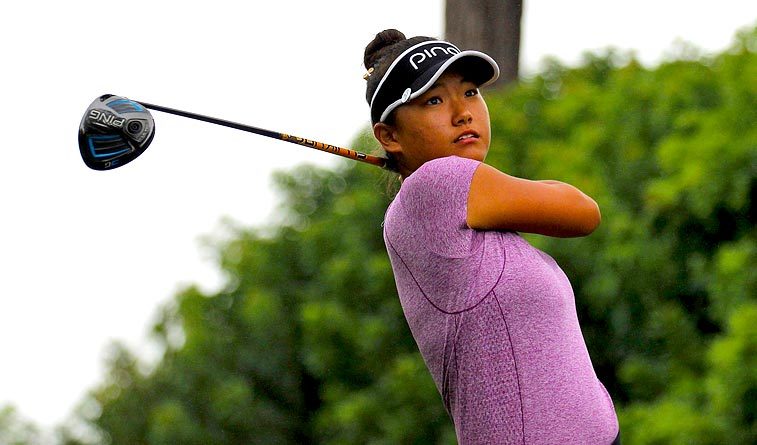 Among the storylines to keep an eye on this weekend.

Norman teenager Yujeong Son shot a 74 and was tied for 54th after the first round of the U.S. Women’s Open Championship Thursday. She tees off in her second round Friday afternoon and has a good chance to make the cut. She made three birdies against one bogey on her opening nine before making four bogeys on the back nine.

Live scoring for the event is here.

University of Oklahoma graduate Abraham Ancer shared the first round lead in The Memorial at 7-under with a 65. Ancer has played well early in many events and this may be the week he keeps it rolling.

Also in the top 25 at this writing are Peter Uihlein and Robert Streb, so some other players with Oklahoma ties (Streb is an Edmond North grad and Uihlein played at Oklahoma State) to keep an eye on this weekend.

On the Web.com Tour, Edmond’s Rhein Gibson, Taylor Moore and Max McGreevy are among the many players with Oklahoma ties competing in the Rex Hospital Open in Raleigh, N.C.