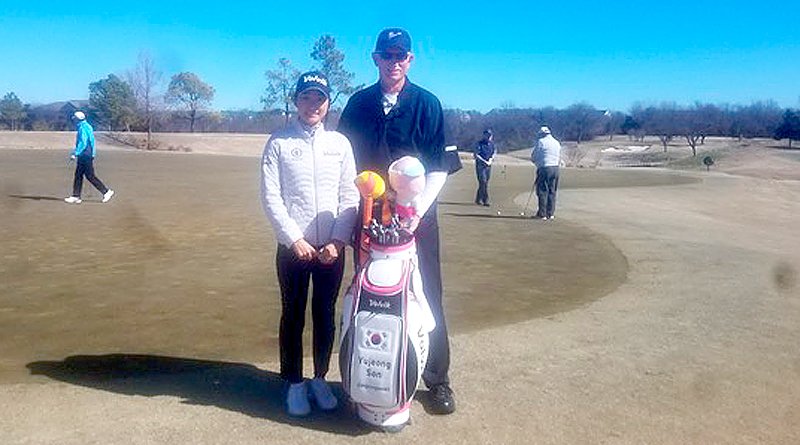 WINTER HAVEN, Fla. – Veteran caddie Dan Griffen of Tulsa will be on the bag as Yujeong Son of Norman begins her career on the LPGA Tour this spring.

Son will compete this week in the Symetra Tour’s annual Florida’s Natural Charity Classic at the Country Club of Winter Haven. She will join the LPGA Tour full-time with the Volvik Founders Cup March 19-22 in Phoenix, Ariz.

Son earned her LPGA Tour status by finishing in the top 45 in the LPGA Q Series last November at Pinehurst.

Son dominated Oklahoma amateur golf from the age of 12 on until embarking on a national path to prepare her for professional golf. She did not attend college. She won the Women’s Oklahoma Golf Association State Amateur Championship in 2014, 15 and 2016 after which time she began competing in mostly national USGA, AJGA and other national amateur events. She played one season of high school golf, winning the Class 6A state title for Norman as a freshman. She was home schooled for the remainder of her high school days to accommodate her national playing schedule.